Little Women - (Puffin in Bloom) by Louisa May Alcott (Hardcover) 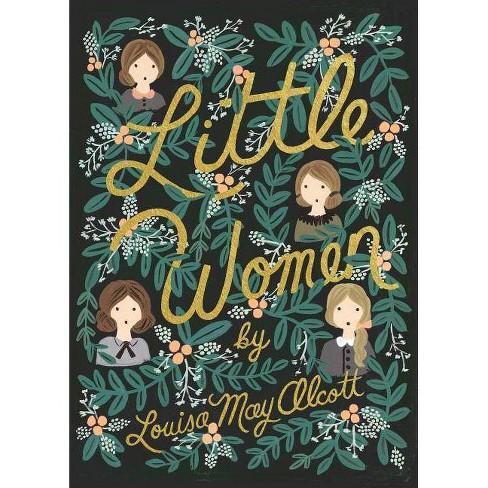 "First published in the United States of American in two parts, 1868, 1869 by Roberts Brothers of Boston."

Grown-up Meg, tomboyish Jo, timid Beth, and precocious Amy. The four March sisters couldn't be more different. But with their father away at war, and their mother working to support the family, they have to rely on one another. Whether they're putting on a play, forming a secret society, or celebrating Christmas, there's one thing they can't help wondering: Will Father return home safely?

About the cover artist:

Based in Winter Park, Florida, Anna Bond of Rifle Paper Co., a worldwide stationery and gift brand, is an artist best known for her whimsical designs which often include hand-painted illustrations and lettering. She has created unique, illustrated covers for the Puffin in Bloom book collection, which includes such classics as L. M. Montgomery's Anne of Green Gables, Heidi by Johanna Spyri, and A Little Princess by Frances Hodgson Burnett.

About the author: Louisa May Alcott (1832-1888) grew up in Concord, Massachusetts, and began her writing career at an early age, with short stories for newspapers and magazines. What began as a series of stories in the 1860s became the classic American children's novel we know today as Little Women.
If the item details above aren’t accurate or complete, we want to know about it.

Q: are there illustrations?

submitted by joem - 1 year ago

Q: Is this version abridged?

submitted by Abek - 3 years ago
See all questions (2)

The Puffin in Bloom Collection - by Various (Mixed Media Product)

Bloom - by Ruth Forman (Board Book)

Bloom of the Flower Dragon: A Branches Book (Dragon Masters #21) - by Tracey West

Rose in Bloom - (Mint Editions--Women Writers) by Louisa May Alcott

Rose in Bloom - by Louisa May Alcott (Paperback)

5 out of 5 stars
Would recommend
Av - 2 years ago
I have gotten some other books with this style of cover. Little Women is a great book, but very long. I love Little Women because it’s a hard read, and it challenges me. The plot is so good. I’ve always loved the movie, and this really let me see things I’ve never seen in the movie. 10/10
8 guests found this review helpful. Did you?