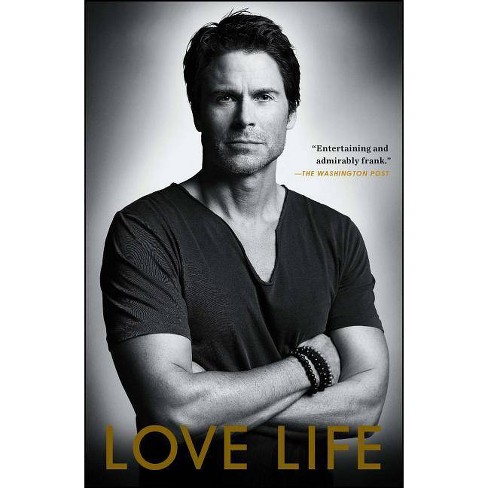 On the heels of his New York Times bestselling Stories I Only Tell My Friends, Rob Lowe is back with an entertaining collection that "invites readers into his world with easy charm and disarming frankness" (Kirkus Reviews).After the incredible response to his acclaimed bestseller, Stories I Only Tell My Friends, Rob Lowe was convinced to mine his experiences for even more stories. The result is Love Life, a memoir about men and women, actors and producers, art and commerce, fathers and sons, movies and TV, addiction and recovery, sex and love. Among the adventures he describes in these pages are: - His visit, as a young man, to Hugh Hefner's Playboy Mansion, where the naïve actor made a surprising discovery in the hot tub.- The time, as a boy growing up in Malibu, he discovered a vibrator belonging to his best friend's mother.- What it's like to be the star and producer of a flop TV show.- How an actor prepares, for Californification, Parks and Recreation, and numerous other roles.- His hilarious account of coaching a kid's basketball team dominated by helicopter parents.- How his great, great, great, great, great grandfather may have inspired everything from his love of The West Wing to his taste in classic American architecture.- His first visit to college, with his son, who is going to receive the education his father never got.- The time a major movie star stole his girlfriend. Linked by common themes and his philosophical perspective on love--and life--Lowe's writing "is loaded with showbiz anecdotes, self-deprecating tales, and has a general sweetness" (New York Post).

"[Lowe] skillfully weaves stories together with common themes and a philosophical perspective. ... Fans who fear he gave up all the good stuff in the first book will be pleasantly surprised. ... Lowe's candor and willingness to admit his flaws create an authentic voice. His easy writing style will hook readers who won't judge his book by the handsome man on its cover."
If the item details above aren’t accurate or complete, we want to know about it.

Stories I Only Tell My Friends (Reprint) (Paperback) by Rob Lowe

The Stories We Tell: Every Piece of Your Story Matters - by Joanna Gaines (Hardcover)

Daughter of the River - by Hong Ying (Paperback)

Stories I Only Tell My Friends (Reprint) (Paperback) by Rob Lowe

The Daredevils - by Rob Buyea (Paperback)