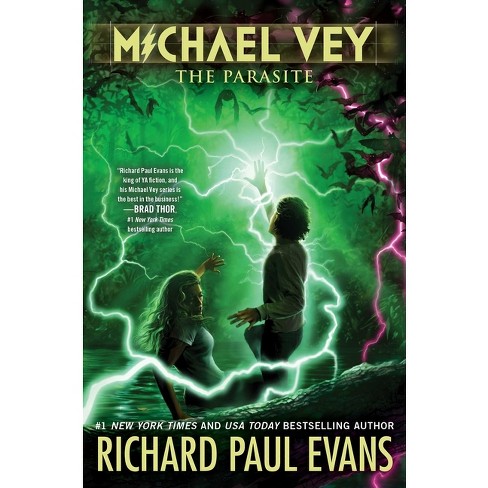 Michael Vey is back with an electrifying eighth installment of the award-winning, #1 New York Times bestselling series. Join Michael and the Electroclan as a new threat arises even more terrible and calculating than the Elgen. Michael and his friends learn that returning to a normal life is not only more difficult than they imagined, but that normal doesn't last. Like the mythical Hydra, cutting off the head of the global Elgen only created more enemies. Michael Vey fans worldwide will celebrate the return of this exciting series with the world's greatest team of electric superheroes.

Richard Paul Evans is the #1 New York Times and USA TODAY bestselling author of more than forty novels. There are currently more than thirty-five million copies of his books in print worldwide, translated into more than twenty-four languages. Richard is the recipient of numerous awards, including two first place Storytelling World Awards, the Romantic Times Best Women's Novel of the Year Award, and is a five-time recipient of the Religion Communicators Council's Wilbur Awards. Seven of Richard's books have been produced as television movies. His first feature film, The Noel Diary, starring Justin Hartley (This Is Us) and acclaimed film director, Charles Shyer (Private Benjamin, Father of the Bride), will debut in 2022. In 2011 Richard began writing Michael Vey, a #1 New York Times bestselling young adult series which has won more than a dozen awards. Richard is the founder of The Christmas Box International, an organization devoted to maintaining emergency children's shelters and providing services and resources for abused, neglected, or homeless children and young adults. To date, more than 125,000 youths have been helped by the charity. For his humanitarian work, Richard has received the Washington Times Humanitarian of the Century Award and the Volunteers of America National Empathy Award. Richard lives in Salt Lake City, Utah, with his wife, Keri, and their five children and two grandchildren. You can learn more about Richard on his website RichardPaulEvans.com.
If the item details above aren’t accurate or complete, we want to know about it.

So It Goes - (Twist of Fate) by Jennifer Probst (Paperback)