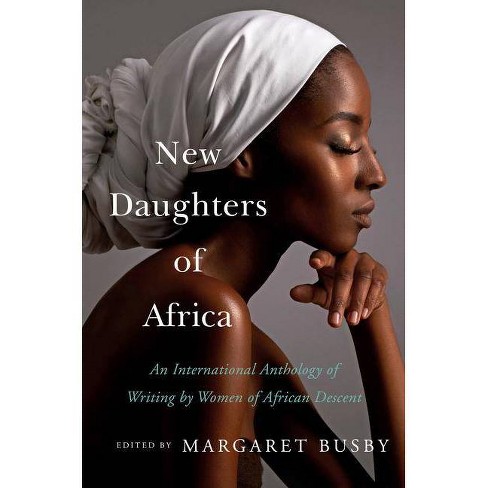 The companion to the classic anthology Daughters of Africa--a major international collection that brings together the work of more than 200 women writers of African descent, celebrating their artistry and showcasing their contributions to modern literature and international culture.

Twenty-five years ago, Margaret Busby's Daughters of Africa was published to international acclaim and hailed as "an extraordinary body of achievement . . . a vital document of lost history" (Sunday Times) and "the ultimate reference guide" (Washington Post). New Daughters of Africa continues that tradition for a new generation.

This magnificent follow-up to the original landmark anthology brings together fresh and vibrant voices that have emerged from across the globe in the past two decades, from Antigua to Zimbabwe and Angola to the United States. Key figures, including Margo Jefferson, Nawal El Saadawi, Edwidge Danticat, and Zadie Smith, join popular contemporaries such as Chimamanda Ngozi Adichie, Imbolo Mbue, Yrsa Daley-Ward, Taiye Selasi, and Chinelo Okparanta in celebrating the heritage that unites them. Each of the pieces in this remarkable collection demonstrates an uplifting sense of sisterhood, honors the strong links that endure from generation to generation, and addresses the common obstacles female writers of color face as they negotiate issues of race, gender, and class and address vital matters of independence, freedom, and oppression.

A glorious portrayal of the richness, magnitude, and range of these visionary writers, New Daughters of Africa spans a range of genres--autobiography, memoir, oral history, letters, diaries, short stories, novels, poetry, drama, humor, politics, journalism, essays, and speeches--demonstrating the diversity and extraordinary literary achievements of black women who remain underrepresented, and whose contributions continue to be underrated in world culture today.