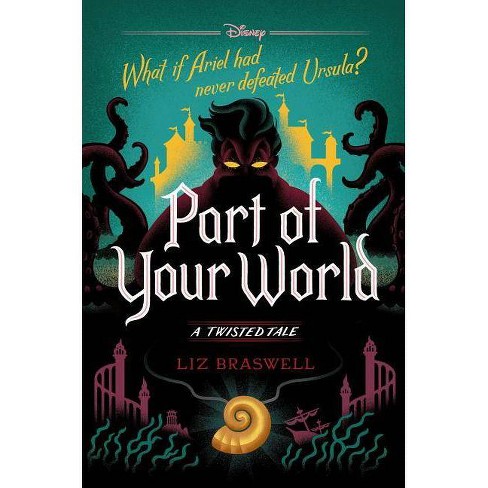 The latest Twisted Tale novel explores what may have happened to Atlantica and King Triton had Ariel never defeated Ursula the sea witch.


The 5th installment in the New York Times best-selling A TWISTED TALE series asks: What if Ariel had never defeated Ursula? It's been five years since the infamous sea witch defeated the little mermaid... and took King Triton's life in the process. Ariel is now the voiceless queen of Atlantica, while Ursula runs Prince Eric's kingdom on land. But when Ariel discovers that her father might still be alive, she finds herself returning to a world--and a prince--she never imagined she would see again. For more twisted adventures, try the other books in the A TWISTED TALE series:


After the sort of introverted childhood you would expect from a writer, Liz earned a degree in Egyptology at Brown University and then promptly spent the next ten years producing video games. Finally she caved into fate and wrote Snow and Rx under the name Tracy Lynn, followed by The Nine Lives of Chloe King series under her real name, because by then the assassins hunting her were all dead. She also wrote A Whole New World: A Twisted Tale;Once Upon a Dream: A Twisted Tale; and As Old as Time: A Twisted Tale. She lives in Brooklyn with a husband, two children, a cat, a part-time dog, three fish and five coffee trees she insists will start producing beans any day. You can email her at me@lizbraswell.com or tweet @LizBraswell.
If the item details above aren’t accurate or complete, we want to know about it. Report incorrect product info.