Path of the Assassin, 2 - (Scot Harvath) by Brad Thor (Paperback) 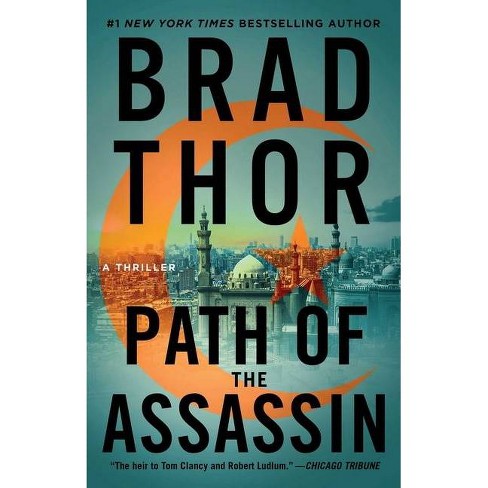 The #1 New York Times bestselling author of the Scot Harvath series and "heir to Tom Clancy and Robert Ludlum" (Chicago Tribune) returns with this unputdownable, white-knuckled thriller following the Secret Service agent as he's on the trail of the world's most ruthless terrorist. After rescuing the President from kidnappers in Thor's roaring debut, The Lions of Lucerne, Secret Service agent Scot Harvath shifts his attentions to rooting out, capturing, or killing all those responsible for the plot. As he prepares to close out his list, a bloody and twisted trail of clues points toward one man--the world's most dangerous terrorist. Only one problem remains: Harvath and his CIA-led team have no idea what the man looks like. With no alternative, they are forced to recruit a civilian--a woman who has survived a brutal hijacking and is now the only person who can positively identify their quarry. From the burning deserts of North Africa to the winding streets of Rome, Harvath must brave a maelstrom of bloodshed and deception before the world is engulfed in flames.

Brad Thor is the #1 New York Times bestselling author of twenty-one thrillers, including Near Dark (one of Suspense Magazine's Best Books of the Year), Backlash (nominated for the Barry Award for Best Thriller of the Year), Spymaster ("One of the all-time best thriller novels" --The Washington Times), The Last Patriot (nominated Best Thriller of the Year by the International Thriller Writers association), and Blowback (one of the "Top 100 Killer Thrillers of All Time" --NPR). Visit his website at BradThor.com and follow him on Facebook at Facebook.com/BradThorOfficial and on Twitter @BradThor.
If the item details above aren’t accurate or complete, we want to know about it. Report incorrect product info.