Pieces of Her - by Karin Slaughter (Paperback) 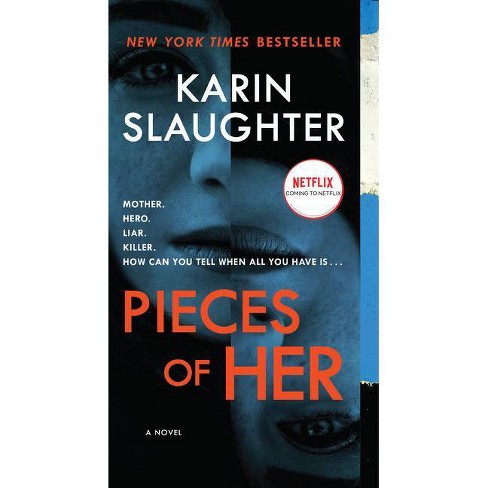 $5.50
MSRP$9.99
undefined out of 5 stars with 0 reviews
be the first!be the first! ratings
Help us improve this page

What if the person you thought you knew best turns out to be someone you never knew at all?

But Andrea's certainty is upended when a visit to the mall is shattered by an act of horrifying violence that reveals a completely different side of Laura--a cool woman who calmly faces down a murderer. It turns out that before Andrea's mother was Laura, she was someone completely different. For nearly thirty years she's been hiding from the woman she once was, lying low in the hope that no one would ever find her. But now she's been exposed, and nothing will ever be the same again.

The assailant was a mentally troubled teenage scion of Georgia law enforcement royalty, and now the police want answers about what really happened in those terrifying moments at the mall. Though she's being scrutinized at every level of the criminal justice system and her innocence is on the line, Laura refuses to speak to anyone, including her own daughter. She pushes Andrea away, insisting it's time for her to stand alone and make a life for herself.

To save her mother, Andrea embarks on a desperate journey following the bread crumb trail of her mother's past. Andrea knows that if she can't uncover the secrets hidden there, there may be no future for her mother . . . or her.

Filled with intriguing turns, surprising revelations, and a compelling cast of characters, Pieces of Her is Slaughter's most electrifying, provocative, and suspenseful novel yet.