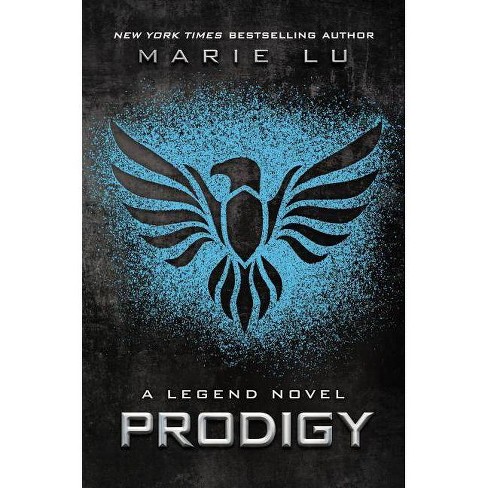 In the highly anticipated sequel to "Legend, " June and Day make their way to Las Vegas where they join the rebel Patriot group and become involved in an assassination plot against the Elector in hopes of saving the Republic.

Featured on Entertainment Weekly's MUST-LIST! The highly anticipated second book in Marie Lu's New York Times bestseller, LEGEND--perfect for fans of THE HUNGER GAMES and DIVERGENT! June and Day arrive in Vegas just as the unthinkable happens: the Elector Primo dies, and his son Anden takes his place. With the Republic edging closer to chaos, the two join a group of Patriot rebels eager to help Day rescue his brother and offer passage to the Colonies. They have only one request--June and Day must assassinate the new Elector.

It's their chance to change the nation, to give voice to a people silenced for too long.

But as June realizes this Elector is nothing like his father, she's haunted by the choice ahead. What if Anden is a new beginning? What if revolution must be more than loss and vengeance, anger and blood--what if the Patriots are wrong?

Marie Lu (www.marielu.org) is the author of the New York Times bestselling novel, Legend. After graduating from the University of Southern California, she jumped into the video game industry, working for Disney Interactive Studios as a Flash artist. Now a full-time writer, she spends her spare time reading, drawing, playing Assassin's Creed, and getting stuck in traffic. She lives in Los Angeles, California (see above: traffic), with one boyfriend, one Chihuahua mix, and two Pembroke Welsh corgis.
If the item details above aren’t accurate or complete, we want to know about it. Report incorrect product info.