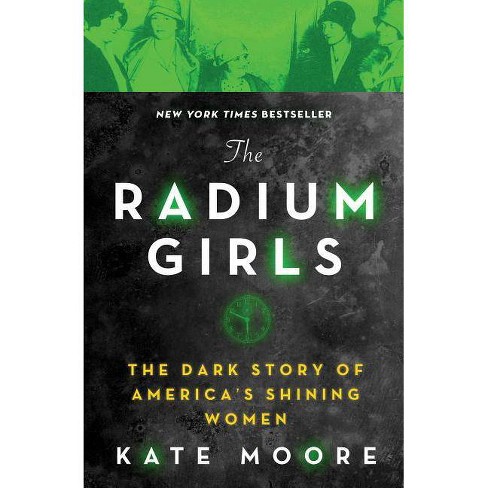 "Originally published in 2016 in the United Kingdom by Simon & Schuster UK"--Title page verso.

For fans of Hidden Figures, comes the incredible true story of the women heroes who were exposed to radium in factories across the U.S. in the early 20th century, and their brave and groundbreaking battle to strengthen workers' rights, even as the fatal poison claimed their own lives...

In the dark years of the First World War, radium makes gleaming headlines across the nation as the fresh face of beauty, and wonder drug of the medical community. From body lotion to tonic water, the popular new element shines bright. Meanwhile, hundreds of girls toil amidst the glowing dust of the radium-dial factories. The glittering chemical covers their bodies from head to toe; they light up the night like industrious fireflies. With such a coveted job, these "shining girls" are the luckiest alive -- until they begin to fall mysteriously ill. And, until they begin to come forward.

As the women start to speak out on the corruption, the factories that once offered golden opportunities ignore all claims of the gruesome side effects. And as the fatal poison of the radium takes hold, the brave shining girls find themselves embroiled in one of the biggest scandals of America's early 20th century, and in a groundbreaking battle for workers' rights that will echo for centuries to come. A timely story of corporate greed and the brave figures that stood up to fight for their lives, these women and their voices will shine for years to come.

Written with a sparkling voice and breakneck pace, The Radium Girls fully illuminates the inspiring young women exposed to the "wonder" substance of radium, and their awe-inspiring strength in the face of almost impossible circumstances. Their courage and tenacity led to life-changing regulations, research into nuclear bombing, and ultimately saved hundreds of thousands of lives...

"Written with the taut pacing of a novel, Kate Moore's The Radium Girls tells the horrifying true story of the young women who worked in radium dial factories in the 1920s and '30s...Their incredible story, beautifully told by Kate Moore, is sure to incite equal parts compassion and horror in the reader." - BookPage "Radium Girls spares us nothing of their suffering; though at times the foreshadowing reads more like a true-crime story, Moore is intent on making the reader viscerally understand the pain in which these young women were living, and through which they had to fight in order to get their problems recognized...The story of real women at the mercy of businesses who see them only as a potential risk to the bottom line is haunting precisely because of how little has changed; the glowing ghosts of the radium girls haunt us still." - NPR Books "A perfect blend of the historical, the scientific, and the personal, this richly detailed book sheds a whole new light on this unique element and the role it played in changing workers' rights. The Radium Girls makes it impossible for you to ignore these women's incredible stories, and proves why, now more than ever, we can't afford to ignore science, either." - Bustle "Carefully researched, the work will stun readers with its descriptions of the glittering artisans who, oblivious to health dangers, twirled camel-hair brushes to fine points using their mouths, a technique called lip-pointing...Moore details what was a 'ground-breaking, law-changing, and life-saving accomplishment' for worker's rights." - Publishers Weekly "Compelling chronicle of women whose work maimed and killed them while their employers, their doctors and their government turned a blind eye to their suffering" - The Seattle Times "Kate Moore has dug deep to expose a wrong that still resonates-as it should-in this country. Exceptional!" - San Francisco Book Review "We sometimes need reminding of where health and safety came from, and why it is so very important for progress. The Radium Girls compels us to remember." - Chemistry World
If the item details above aren’t accurate or complete, we want to know about it. Report incorrect product info.