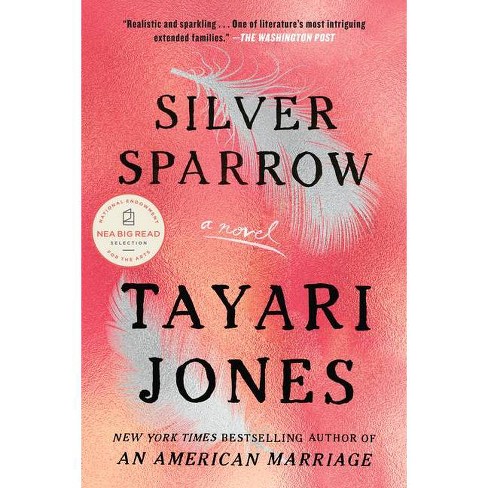 Jones unveils a breathtaking story about a man's deception, a family's complicity, and two teenage girls caught in the middle, set in a middle-class neighborhood in Atlanta in the 1980s.

From the New York Times Bestselling Author of An American Marriage "A love story . . . Full of perverse wisdom and proud joy . . . Jones's skill for wry understatement never wavers."
--O: The Oprah Magazine "Silver Sparrow will break your heart before you even know it. Tayari Jones has written a novel filled with characters I'll never forget. This is a book I'll read more than once."
--Judy Blume With the opening line of Silver Sparrow, "My father, James Witherspoon, is a bigamist," author Tayari Jones unveils a breathtaking story about a man's deception, a family's complicity, and the two teenage girls caught in the middle. Set in a middle-class neighborhood in Atlanta in the 1980s, the novel revolves around James Witherspoon's two families--the public one and the secret one. When the daughters from each family meet and form a friendship, only one of them knows they are sisters. It is a relationship destined to explode. This is the third stunning novel from an author deemed "one of the most important writers of her generation" (the Atlanta Journal Constitution).