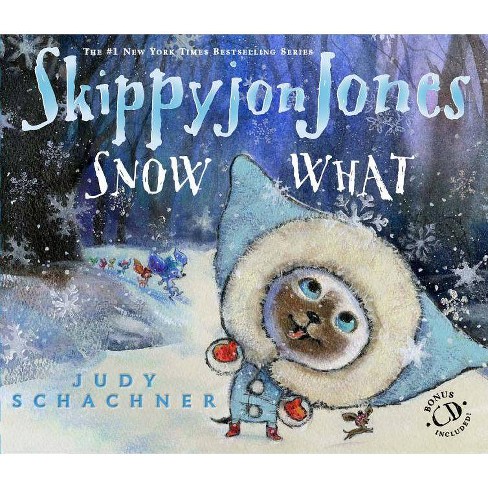 In this latest entry in the #1 "New York Times"-bestselling series, Skippyjon Jones, the Siamese cat that thinks he's a Chihuahua dog, stars in a Snow White-esque fairy tale set in the winter wonderland of his imagination. Full color.

The #1 New York Times bestselling Skippyjon Jones stars in his own playful fairy tale set in a winter snowscape! Mirror mirror on the wall, who is the bravest Chihuahua of them all? Skippyjon Jones, the Siamese cat who thinks he's a dog! While his sisters listen to Snow White and the Seven Dwarves, Skippy bounces on his big-boy bed and heads off for the REAL adventure awaiting him in his closet. Once inside, he finds himself in a magical snowy forest of make-believe, where the seven Chimichangos challenge him with his most dangerous task yet: to wake up Nieve Que, the frozen princess, by kissing her! Yuck! Will this hero agree to don a prince's pantelones and save his poochitos? With rhymes, rollicking wordplay, and mucho fairy tale fun, this fuzzy tale is sure to end happily ever after.

Best known for her Skippyjon Jones series, Judy Schachner has illustrated many of her own stories, including the much-loved Grannyman and its companion book, Bits & Pieces. She lives in Swarthmore, Pennsylvania.
If the item details above aren’t accurate or complete, we want to know about it. Report incorrect product info.