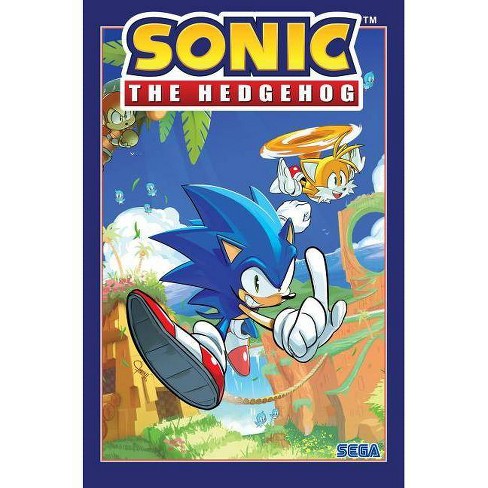 Join the Blue Blur for brand-new adventures as he and his friends race aroundthe world to defeat the evil Dr. Eggman's robotic forces.

Join the Blue Blur for brand-new adventures as he and his friends race around the world to defeat the evil Dr. Eggman's robotic forces! The evil genius Dr. Eggman has been foiled--but the work of Sonic the Hedgehog isn't over yet! In the aftermath of the latest epic battle, rogue robots continue to attack small villages around the world. In order to succeed, Sonic will need the help of his friends Tails, Knuckles, and Amy, along with some new and surprising allies. This new collection from acclaimed writer Ian Flynn features the Blue Blur like you've never seen him before. Gotta go fast! Collects issues #1-4 of the Sonic The Hedgehog series.

This rebooted series is doing a great job at establishing the story of Sonic and his world while also appealing to older fans by referencing the past. -Comics The Gathering

The most fun I've had with any recent comic. -Comicsverse

Ian Flynn is a freelance writer for multiple forms of media. He's also that Sonic guy as his portfolio of Sonic the Hedgehog work makes abundantly clear. He was born and raised in Charlotte, North Carolina and is currently based out of Toronto, Ontario, with easy business ties to both sides of the border. In addition to writing, he's part of a podcast/gaming channel series called the BumbleKast.
If the item details above aren’t accurate or complete, we want to know about it. Report incorrect product info.