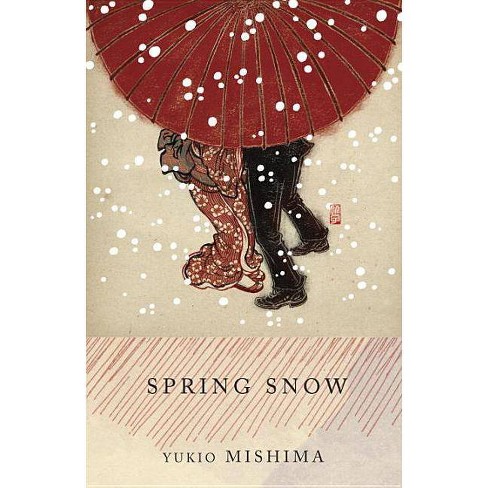 Spring Snow is set in Tokyo in 1912, when the hermetic world of the Imperial court and the ancient aristocracy is being breached for the first time by outsiders. First in the acclaimed Sea of Fertility tetralogy.

Yukio Mishima's Spring Snow is the first novel in his masterful tetralogy, The Sea of Fertility. Here we meet Shigekuni Honda, who narrates this epic tale of what he believes are the successive reincarnations of his friend, Kiyoaki Matsugae.

It is 1912 in Tokyo, and the hermetic world of the ancient aristocracy is being breached for the first time by outsiders -- rich provincial families unburdened by tradition, whose money and vitality make them formidable contenders for social and political power. Shigekuni Honda, an aspiring lawyer and his childhood friend, Kiyoaki Matsugae, are the sons of two such families. As they come of age amidst the growing tensions between old and new, Kiyoaki is plagued by his simultaneous love for and loathing of the spirited young woman Ayakura Satoko. But Kiyoaki's true feelings only become apparent when her sudden engagement to a royal prince shows him the magnitude of his passion -- and leads to a love affair both doomed and inevitable.

"Perfect beauty. . . . A classic of Japanese literature."
--Chicago Sun-Times "Mishima was one of literature's great romantics, a tragedian with a heroic sensibility, an intellectual, an esthete, a man steeped in Western letters who toward the end of his life became a militant Japanese nationalist."
--Jay McInerney, The New York Times

Yukio Mishima was born in Tokyo in 1925. He graduated from Tokyo Imperial University's School of Jurisprudence in 1947. His first published book, The Forest in Full Bloom, appeared in 1944 and he established himself as a major author with Confessions of a Mask (1949). From then until his death he continued to publish novels, short stories, and plays each year. His crowning achievement, The Sea of Fertility tetralogy--which contains the novels Spring Snow (1969), Runaway Horses (1969), The Temple of Dawn (1970), and The Decay of the Angel (1971)--is considered one of the definitive works of twentieth century Japanese fiction. In 1970, at the age of 45 and the day after completing the last novel in the Fertility series, Mishima committed seppuku (ritual suicide)--a spectacular death that attracted worldwide attention.
If the item details above aren’t accurate or complete, we want to know about it. Report incorrect product info.