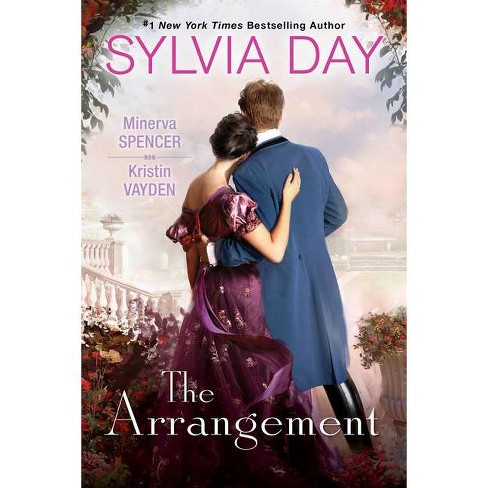 Includes excerpts from other titles by the authors.

A trio of sizzling historical romances that prove passion is timeless... MISCHIEF AND THE MARQUESS by Sylvia Day
Justin, the Marquess of Fontaine, and Lady Sophie Milton-Riley are completely ill-suited to one another. But they will have to prove it in order to end their mothers' insistence that they should marry. Yet the more they attempt to demonstrate how wrong their union would be, the more surprisingly, irresistibly right things feel... THE DUKE'S TREASURE by Minerva Spencer
Plain, prickly Josephine Loman has loved Beaumont Halliwell, the Fifth Duke of Wroxton, since the first time she saw him. But the most beautiful man she's ever met had eyes only for Jo's erstwhile friend, who betrayed Beau's trust by marrying his brother. Beau hasn't been home in years, but when his brother dies in an accident, he must marry to save the impoverished dukedom. And Jo is the overlooked heiress who will turn his world upside down... THE INCONVENIENT COUNTESS by Kristin Vayden
As the eldest in a poverty-stricken family of daughters, Miss Diana Katherine Lambson's only option is a marriage of convenience. Her only prospect is a rogue with a miserable reputation. Her only true desire: freedom. And that is exactly what Charles Brook, Earl of Barrington, is willing to offer, in return for the respectability their union will give him. He will even provide Diana with a contract. But does she dare entrust her future to a scoundrel? Does she dare not to?

Sylvia Day is the #1 New York Times, USA Today and international bestselling author of over twenty award-winning novels sold in 41 languages. With tens of millions of her books in print, she is a #1 bestselling author in 28 countries and has been hailed as one of the most successful romance writers in the world. She's a multi-RITA Award nominee, a Goodreads Choice Award finalist, recipient of the RT Book Reviews Reviewers' Choice award and the National Readers' Choice Award, and her work has been honored as Amazon Best of the Year. Sylvia served as the 22nd President of Romance Writers of America and presently serves on the Authors Guild's Board of Directors. She can be found online at SylviaDay.com.

Minerva Spencer is the multiple award-winning author of Regency set historical romance novels, including the highly acclaimed Outcasts series. Born in Saskatoon, Saskatchewan, she lived in Canada, the US, Europe, Africa, and Mexico before moving to New Mexico, where she resides now with her husband and dozens of rescue animals. She was previously a college history professor, a criminal prosecutor, a bartender, and owner of a bed and breakfast. Visit Minerva online at MinervaSpencer.com.

Kristin Vayden is the author of over twenty books and anthologies, including the Gentlemen of Temptation series and the Elks Heights Ranch novels. She is an acquisitions editor for a boutique publishing house, and helps mentor new authors. Her passion for writing started young, but only after her sister encouraged her to write did she fully realize the joy and exhilaration of writing a book. Find her online at KristinVayden.weebly.com.
If the item details above aren’t accurate or complete, we want to know about it. Report incorrect product info.