The Attacks of September 11,2001 (Paperback) by Lauren Tarshis 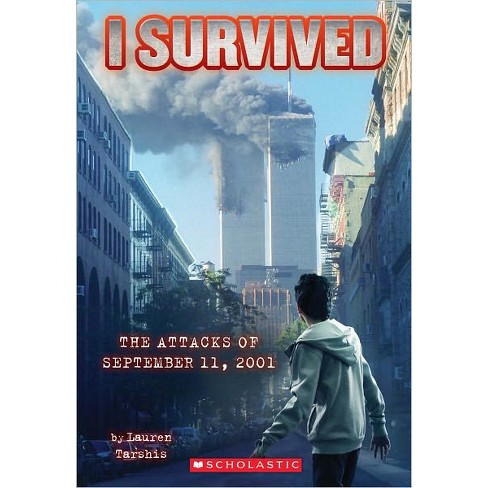 Noah has always been proud of his father--a brave New York City firefighter. So Noah is thrilled when his dad plans a special outing for Noah's 11th birthday--they're taking a school day off to spend in the city, just the two of them! The morning of September 11th dawns bright and clear. But in just under an hour, everything changes--forever.

On the day that shocks the world, one boy just wants to find his family. A powerful addition to the gripping I Survived series.The only thing Lucas loves more than football is his Uncle Benny, his dad's best friend at the fire department where they both work. Benny taught Lucas everything about football. So when Lucas's parents decide the sport is too dangerous and he needs to quit, Lucas has to talk to his biggest fan.So the next morning, Lucas takes the train to the city instead of the bus to school. It's a bright, beautiful day in New York. But just as Lucas arrives at his uncle's firehouse, everything changes -- and nothing will ever be the same again.

Praise for I Survived the Sinking of the Titanic, 1912: The fast pace and intrinsically fascinating disaster story will keep readers turning the pages. -- KirkusPraise for I Survived the Shark Attacks of 1916: This is a gripping story that will hold the interest of reluctant readers. -- SLJPraise for I Survived Hurricane Katrina, 2005: Expressive illustrations capture the drama of the storm and its aftermath, but the book's real power comes from its exploration of what it means to be a hero. -- Booklist