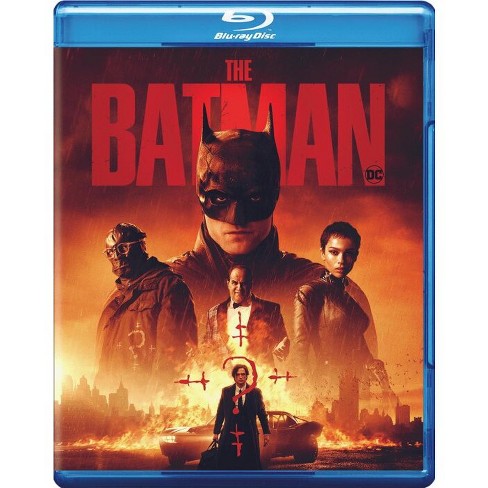 Q: How many discs are in this set ? Is there a 3rd Blu-Ray disc with all of the special features ?

submitted by steverok - 6 months ago
See all questions (1)

Doctor Strange In the Multiverse of Madness

5 out of 5 stars
Would recommend
Andre - 3 months ago
Love the dark vibe in the movie. The cast were all great. It is an awesome movie and we’ll worth the buy.
3 guests found this review helpful. Did you?

5 out of 5 stars
Would recommend
Mr - 4 months ago
Liked the more moodiness and detective stance this movie takes. If you have enjoyed the graphic novels Batman the imposter and the famous Batman the damned you will enjoy this film. It came out that this will be more the detective/spy type story it never lied to the fans and it is more adult themed than the campy originals which I only enjoyed the Keaton versions and if course the Bale versions. If you go into any movie adaptation based on your favorite book or comic stay home. You will always be disappointed. I guess the previous reviewer just isn't mature enough that he only looks for explosions and gadgets my advise don't watch any of the last 5 bond movies you will be disappointed as well. Also don't read any of the new reworks if Batman either such as the knight. I still have it a 5 the only prob I have to agree on is Bruce's hair yet only can say is we all have our hair days and limits to how a style looks on us.
3 guests found this review helpful. Did you?

Not a bit disappointed, it was terrible and so boring as I thought it would be

1 out of 5 stars
Would not recommend
CKCSWHFFAN - 4 months ago
When I heard this film was being done and found out Mr Twilight was going to have the title role that pretty much did it for me. NO INTEREST AT ALL. Well, less than two months after being released in theaters they have already put it on HBO. So, I watched the stupid thing. You want a three hour nap, watch this film. 1. New Bruce/Batman. Boring to look at, what's with the Beatles hair cut? Batsuit.........yawn, looked dull, not a lot of gadgets Batman SHOULD have. What person decided on the so called Batmobile? Kilmer, "Batman Forever", "Chicks Love The Car." Not here. Where's the speed, guns, gadgets? Two thumbs down here film makers. 2. New Catwoman. I'm a woman, my idea of Catwoman is Michelle in "Batman Returns". Exciting character, good/bad. Can NOT top that costume. This new woman. All she does is kick in a drab costume. A Stocking/ski cap? Run out of money for costumes? Then, that man's hair cut? Because of that I decided to nickname the character "Butch". 3. Villains. Bottom of the villains to use. No excitement This film in my mind is one huge mistake. Where is Michael Keaton when you truly need him? When you can NOT even get an exciting Batmobile for movie goers to enjoy you should just give up.
7 guests found this review helpful. Did you?