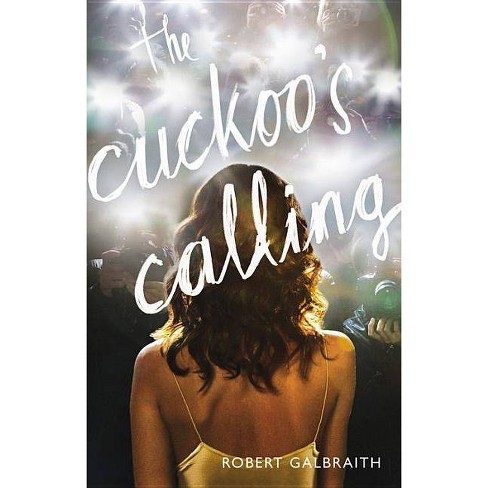 A brilliant debut mystery in a classic vein. After an injury in Afghanistan, Cormoran Strike is barely scraping by as a private investigator. But then opportunity walks through the door--and he must investigate a supermodel's suicide.

Published under a pseudonym, J. K. Rowling's brilliant debut mystery introduces Detective Cormoran Strike as he investigates a supermodel's suicide in "one of the best books of the year" (USA Today), the first novel in the brilliant series that inspired the acclaimed HBO Max series C.B. Strike. After losing his leg to a land mine in Afghanistan, Cormoran Strike is barely scraping by as a private investigator. Strike is down to one client, creditors are calling, and after a breakup with his longtime girlfriend, he's living in his office. Then John Bristow walks through his door with a shocking story: His sister, the legendary supermodel Lula Landry -- known to her friends as the Cuckoo -- famously fell to her death a few months earlier. The police ruled it a suicide, but John refuses to believe that. The case plunges Strike into the world of multimillionaire beauties, rock-star boyfriends, and desperate designers, and it introduces him to every variety of pleasure, enticement, seduction, and delusion known to man. You may think you know detectives, but you've never met one quite like Strike. You may think you know about the wealthy and famous, but you've never seen them under an investigation like this.

a strong and enticing read ... It's a gripping tale set in bustling London, and the author - whether called Galbraith or Rowling - shows superb flair as a mystery writer
--Irish Examiner [Rowling's] literary gift is on display in this work. She crafts an entertaining story [and] comes up with an ending that I'll admit I was surprised by. . . . A fun read, with a main character you can care about and one you'll want to see again in other adventures.--Washington Post An extravagant, alien, fascinating world for its characters to explore...great pleasures.--Slate It's really, really good - beautifully written with a terrific plot ... It's a terrific read, gripping, original and funny ... Please, please give us more of Robert Galbraith and Cormoran Strike. I can't wait for the next--Richard & Judy, Daily Express One of the books of the year.--USA Today Robert Galbraith has written a highly entertaining book... Even better, he has introduced an appealing protagonist in Strike, who's sure to be the star of many sequels to come.... its narrative moves forward with propulsive suspense. More important, Strike and his now-permanent assistant, Robin (playing Nora to his Nick, Salander to his Blomkvist), have become a team - a team whose further adventures the reader cannot help eagerly awaiting.--Michiko Kakutani, The New York Times Rowling switches genres seamlessly...a gritty, absorbing tale.--People (3.5/4 stars)

Robert Galbraith is a pseudonym for J.K. Rowling, author of the Harry Potterseries and The Casual Vacancy.
If the item details above aren’t accurate or complete, we want to know about it.