The Daughters of Ireland - (Deverill Chronicles) by Santa Montefiore (Paperback) 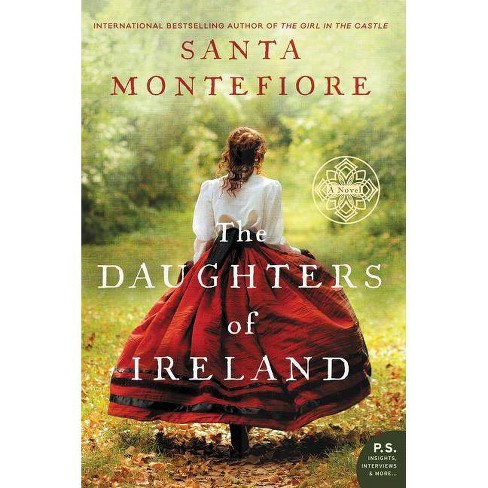 "Originally published as The Daughters of Castle Deverill in Great Britain in 2016 by Simon & Schuster UK Ltd."--Title page verso.

Previously published in the United Kingdom as DAUGHTERS OF CASTLE DEVERILL

The war is over. But life will never be the same...

Everything Santa Montefiore writes, she writes from the heart," says JOJO MOYES. See why in this unforgettable story of love, loss, and life, perfect for fans of DOWNTON ABBEY and KATE MORTON.

In the green hills of West Cork, Ireland, Castle Deverill has burned to the ground. But young Celia Deverill is determined to see her ruined ancestral home restored to its former glory -- to the years when Celia ran through its vast halls with her cousin Kitty and their childhood friend Bridie Doyle.

Kitty herself is raising a young family, but she longs for Jack O'Leary -- the long-ago sweetheart she cannot have. And soon Kitty must make a heartbreaking decision, one that could destroy everything she holds dear.

Bridie, once a cook's daugher in Castle Deverill, is now a well-heeled New York City socialite. Yet her celebrity can't erase a past act that haunts her still. Nor can it keep her from seeking revenge upon the woman who wronged her all those years ago.

As these three daughters of Ireland seek to make their way in a world once again beset by dark forces, Santa Montefiore shows us once more why she is one of the best-loved storytellers at work today.

Previously published in the United Kingdom as DAUGHTERS OF CASTLE DEVERILL

Perched atop the emerald hills of West Cork, Ireland, Castle Deverill has been home to countless generations of the Deverill family. But when the castle fell prey to a devastating attack, its survival was at stake--until Celia Mayberry and her husband bought the estate and restored it to its former glory.

For Celia, the castle holds many fond childhood memories of when she ran through its halls with her cousin Kitty Deverill and their friend Bridie Doyle.

Kitty is wistful for the days when she was the mistress of Castle Deverill. And although content in her new life with her husband and adopted son, her heart still yearns for the man she left behind.

Bridie, now the toast of New York City, has come a long way. But all her money cannot ease the pain of surrendering her baby. When she finds love, she is tempted to return to her beloved homeland--even if it means facing the woman against whom she has sworn revenge.

As their destinies collide, these daughters of Ireland must find the inner strength to build a new future.

Get it by Tue, Jun 22 with free Standard Shipping