The Girl from the Channel Islands - by Jenny Lecoat 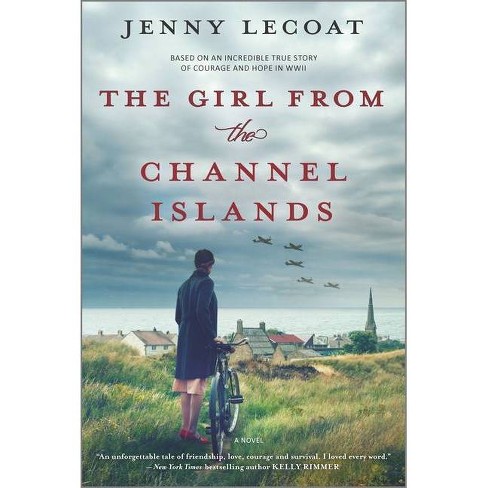 After fleeing Vienna, Hedy Bercu, a Jewish woman living on the island of Jersey, is forced to hide in plain sight during the German occupation and to survive must depend on her own courage, her community, and a German soldier she befriends.

A GLOBE AND MAIL BESTSELLER

Inspired by true events, the riveting story of a young Jewish woman trapped on the occupied island of Jersey during World War II.

Summer 1940: Hedy Bercu fled Vienna two years ago. Now she watches the skies over Jersey for German planes, convinced that an invasion is imminent. When it finally comes, there is no counterattack from Allied forces--the Channel Islands are simply not worth defending. Most islanders and occupying forces settle into an uneasy coexistence, but for Hedy, the situation is perilously different. For Hedy is Jewish--a fact that could mean deportation, or worse.

With no means of escape, Hedy hides in plain sight, working as a translator for the Germans while silently working against them. She forges a tentative friendship with a sympathetic German officer who is likewise trapped by circumstance. But as the war intensifies, Hedy knows she is in greater danger each day. Soon, her survival will depend not just on her own courage but on the community she has come to cherish and a man who should be her enemy.

Vividly recreating little-known events, this is an unforgettable tale of resilience and bravery, and of the extraordinary power found in quiet acts of heroism and love.

THE GIRL FROM THE CHANNEL ISLANDS is an unforgettable tale of friendship, love, courage and survival. I loved every word of this fantastically engrossing novel. Jenny Lecoat is an author to watch!--New York Times bestselling author Kelly Rimmer "A riveting story of survival against all odds, told by a masterful storyteller who also happens to be a fresh new voice in the genre. I absolutely loved The Girl From the Channel Islands by Jenny Lecoat and recommend it highly, not just to fans of historical fiction, but to lovers of good books everywhere." - Karen Robards, NYT bestselling author of The Black Swan of Paris
"A harrowing tale of a young woman using her wits, courage, and an unlikely relationship to stay alive on a Nazi occupied island. Lecoat weaves a story of strength and bravery from the first exciting scene to its satisfying conclusion." --Bestselling author Noelle Salazar "The Girl from the Channel Islands springs to life with cinematic clarity. With the story's every dramatic turn, Lecoat raises profound questions about our understanding of trust, friend, and foe."--Ellen Keith, author of The Dutch Wife "A captivating story of trust and betrayal, courage, survival and forbidden love."--Glynis Peters, author of The Secret Orphan "An evocative and emotive telling of the starkness of war in a stunning landscape." --USA TODAY bestselling author Mandy Robotham "The Girl from the Channel Islands" sends a timely message of hope and underscores the incredible importance of embracing forgiveness and inclusivity."--Christian Science Monitor "Lecoat capably combines historical fact with the fictional narrative, and offers a cast rich with multidimensional characters. Readers will be riveted."--Publishers Weekly "An important contribution to historical fiction."--New York Journal of Books "Lecoat's debut is based on true events, which will make readers even more curious about the backstory and motivations of Hedy, Kurt, and the somewhat enigmatic Dorothea. The unique Channel Island setting may intrigue readers of WWII-set women's fiction."--Booklist "A riveting debut that reveals a rarely reported WWII story." -Toronto Star "A vividly evoked story of love surviving, even triumphing, over oppression."--Sunday Times "Jenny Lecoat has used unexpected twists...to tell the compelling true story of a small group of friends trying to survive in difficult and often dangerous situations...a well-written story that many would enjoy."--The Winnipeg Free Press "This gripping tale of forbidden love and survival will leave you breathless" - Sunday Post "Thrilling and deeply moving."--Jersey Festival of Words "A strong story of a small island in the battle of WWII with characters you root for and a love story that makes you happy."--Red Carpet Crash
If the item details above aren’t accurate or complete, we want to know about it. Report incorrect product info.