The Guardians - by John Grisham (Hardcover) 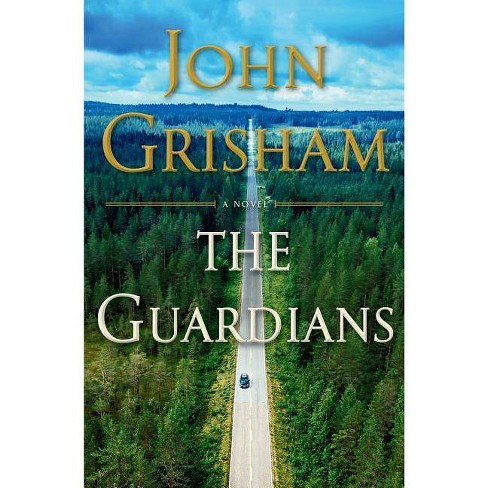 Twenty-two years ago, ruthless people framed Quincy Miller for the murder of attorney Keith Russo, and they will kill another lawyer without a second thought to keep Miller behind bars.

"Terrific...affecting...Grisham has done it again."--Maureen Corrigan, The Washington Post "A suspenseful thriller mixed with powerful themes."--Associated Press In the small Florida town of Seabrook, a young lawyer named Keith Russo was shot dead at his desk as he worked late one night. The killer left no clues. There were no witnesses, no one with a motive. But the police soon came to suspect Quincy Miller, a young black man who was once a client of Russo's. Quincy was tried, convicted, and sent to prison for life. For twenty-two years he languished in prison, maintaining his innocence. But no one was listening. He had no lawyer, no advocate on the outside. In desperation, he writes a letter to Guardian Ministries, a small nonprofit run by Cullen Post, a lawyer who is also an Episcopal minister. Guardian accepts only a few innocence cases at a time. Cullen Post travels the country fighting wrongful convictions and taking on clients forgotten by the system. With Quincy Miller, though, he gets far more than he bargained for. Powerful, ruthless people murdered Keith Russo, and they do not want Quincy Miller exonerated. They killed one lawyer twenty-two years ago, and they will kill another without a second thought.

"Terrific...affecting...Grisham has done it again. Such creative longevity is not that unusual in the suspense genre, but what is rare is Grisham's feat of keeping up the pace of producing, on average, a novel a year without a notable diminishment of ingenuity or literary quality."--Maureen Corrigan, The Washington Post

"Grisham again delivers a suspenseful thriller mixed with powerful themes such as false incarceration, the death penalty and how the legal system shows prejudice. The Guardian team of characters is first-rate."- Associated Press "With his début, 1989's A Time to Kill, Grisham established himself as a skilled storyteller, a writer who can nimbly portray complex characters who overcome their fears and flaws to pursue justice. Thirty years later, his authorial prowess glows again in this riveting tale."--Fredericksburg Free Lance Star "[Grisham] has created a powerful no-nonsense protagonist that you cannot help rooting for in a story stocked with tension and flavor that will have you flipping the pages to a very satisfying ending."--Florida Times-Union

"Grisham's colorful prose is riveting, and the issue is a timely one that can be too easily overlooked...His fictional legal happenings convey a loud and clear ring of veracity."-Pittsburgh Post-Gazette

"The Guardians, the newest legal thriller from John Grisham, a true wizard of the form, is certainly not going to disappoint. Fans of the author are going to find it wholly satisfying."-Anniston Star