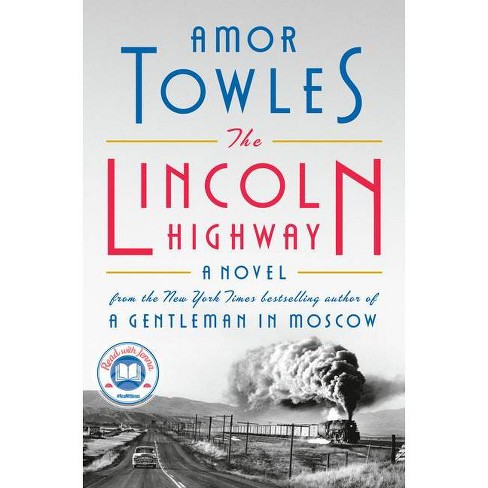 The bestselling author of A Gentleman in Moscow and Rules of Civility and master of absorbing, sophisticated fiction returns with a stylish and propulsive novel set in 1950s America In June, 1954, eighteen-year-old Emmett Watson is driven home to Nebraska by the warden of the juvenile work farm where he has just served fifteen months for involuntary manslaughter. His mother long gone, his father recently deceased, and the family farm foreclosed upon by the bank, Emmett's intention is to pick up his eight-year-old brother, Billy, and head to California where they can start their lives anew. But when the warden drives away, Emmett discovers that two friends from the work farm have hidden themselves in the trunk of the warden's car. Together, they have hatched an altogether different plan for Emmett's future, one that will take them all on a fateful journey in the opposite direction--to the City of New York. Spanning just ten days and told from multiple points of view, Towles's third novel will satisfy fans of his multi-layered literary styling while providing them an array of new and richly imagined settings, characters, and themes.

Advance praise for The Lincoln Highway "Towles' third novel is even more entertaining than his much-acclaimed A Gentleman in Moscow . . . A remarkable blend of sweetness and doom, [The Lincoln Highway] is packed with revelations about the American myth, the art of storytelling, and the unrelenting pull of history. An exhilarating ride through Americana." --Kirkus Reviews (starred) "[The Lincoln Highway] is reason to rejoice for Towles's millions of fans, who made his first two novels, Rules of Civility and A Gentleman in Moscow, runaway international bestsellers." --The Millions "An absolute beauty of a book. Every character is a gem, the many locations spring to vivid life, the book is an intricate and moving exploration of journeys and the infinite unexpected turns they can take--and somehow Towles makes it all seem effortless. As soon as I finished it, I wanted to read it again." --Tana French, author of The Searcher

Amor Towles is the author of the New York Times bestsellers Rules of Civility and A Gentleman in Moscow. The two novels have collectively sold more than four million copies and have been translated into more than thirty languages. Towles lives in Manhattan with his wife and two children.
If the item details above aren’t accurate or complete, we want to know about it. Report incorrect product info.