The Living and the Lost - by Ellen Feldman 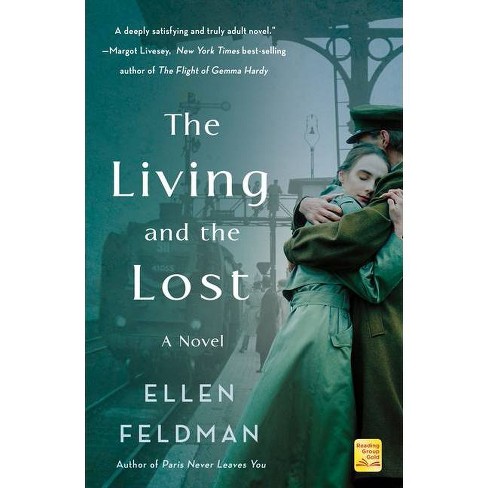 From the author of Paris Never Leaves You, Ellen Feldman's The Living and the Lost is a gripping story of a young German Jewish woman who returns to Allied Occupied Berlin from America to face the past and unexpected future

"A deeply satisfying and truly adult novel." --Margot Livesey, New York Times best-selling author of The Flight of Gemma Hardy Millie (Meike) Mosbach and her brother David, manage to escape to the States just before Kristallnacht, leaving their parents and little sister in Berlin. Millie attends Bryn Mawr on a special scholarship for non-Aryan German girls and graduates to a magazine job in Philadelphia. David enlists in the army and is eventually posted to the top-secret Camp Ritchie in Maryland, which trains German-speaking men for intelligence work. Now they are both back in their former hometown, haunted by ghosts and hoping against hope to find their family. Millie, works in the office responsible for rooting out the most dedicated Nazis from publishing; she is consumed with rage at her former country and its citizens, though she is finding it more difficult to hate in proximity. David works trying to help displaced persons build new lives, while hiding his more radical nighttime activities from his sister. Like most of their German-born American colleagues, they suffer from conflicts of rage and guilt at their own good fortune, except for Millie's boss, Major Harry Sutton, who seems much too eager to be fair to the Germans. Living and working in bombed-out Berlin, a latter day Wild West where drunken soldiers brawl; the desperate prey on the unsuspecting; spies ply their trade; werewolves, as unrepentant Nazis were called, scheme to rise again; black markets thrive, and forbidden fraternization is rampant, Millie must come to terms with a decision she made as a girl in a moment of crisis, and with the enigmatic sometimes infuriating Major Sutton who is mysteriously understanding of her demons. Atmospheric and page-turning, The Living and the Lost is a story of love, survival, and forgiveness of others and of self.

Ellen Feldman masters the two great challenges of the historical novel in The Living and the Lost, mapping the human heart as expertly as she does another time and place. Her story of a Jewish American woman returning to the ruined, postwar Berlin she was forced to leave as a teenager sears, uplifts, and compels. A terrific read, brilliantly written. --Kevin Baker, author of Dreamland and Paradise Alley

A gorgeous, shattering novel that could not be more timely about the dark damage of hatred and the persistence of love. --Caroline Leavitt, New York Times bestselling author of Is This Tomorrow Postwar Berlin springs vividly to life in this engrossing, emotionally powerful novel ...Millie is Feldman's most complex and engaging character yet: tough, smart, and uncompromising, much like the book itself. Beautifully written, rich with detail and a brilliantly drawn cast of characters, The Living and the Lost is a culmination of Feldman's extraordinary powers as a writer with an unrivaled grasp of history and the human heart. --Liza Gyllenhaal, author of Local Knowledge A beautiful, atmospheric novel that transports us to Occupied Berlin, a perfect setting in which to examine the contours of shame, as well as the possibilities of forgiveness. Through the eyes and heart of Millie, we consider the pain of turning away, of betrayal, and the price survival exacts. Feldman's crisp, smart dialogue adds to the delight. --Elizabeth J. Church, author of The Atomic Weight of Love and All the Beautiful Girls
If the item details above aren’t accurate or complete, we want to know about it.

The Rumor - by Elin Hilderbrand (Paperback)

Today Will Be Different - Reprint by Maria Semple (Paperback)

Reader, I Buried Them & Other Stories - by Peter Lovesey