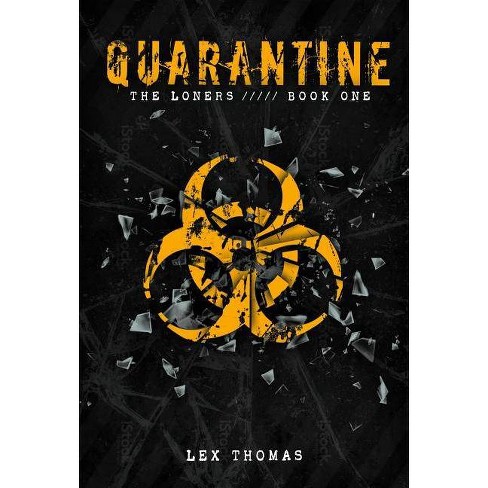 $7.69
MSRP$9.99
undefined out of 5 stars with 0 reviews
be the first!be the first! ratings
Help us improve this page

When a virus deadly to adults infects their high school, brothers David and Will and the other students soon break into gangs that fight each other for survival and the hope of escaping their quarantine.

It was just another ordinary day at McKinley High--until a massive explosion devastated the school. When loner David Thorpe tried to help his English teacher to safety, the teacher convulsed and died right in front of him. And that was just the beginning.

A year later, McKinley has descended into chaos. All the students are infected with a virus that makes them deadly to adults. The school is under military quarantine. The teachers are gone. Violent gangs have formed based on high school social cliques. Without a gang, you're as good as dead. And David has no gang. It's just him and his little brother, Will, against the whole school. In this frighteningly dark and captivating novel, Lex Thomas locks readers inside a school where kids don't fight to be popular, they fight to stay alive.

Take Michael Grant's Gone (2008) and Veronica Roth's Divergent (2011), rattle them in a cage until they're ready to fight to the death, and you'll have something like this nightmarish debut. It's an apocalypse writ small: a sick teen infects a Colorado high school with a disease so deadly that half the building is blown up by the military and the rest is sealed inside a giant dome. Every two weeks the ceiling is split for an air drop of food and supplies, and it's during these drops that the 1,000 surviving kids--split into warring cliques with names like the Nerds, the Sluts, and the Freaks--fight, steal, and even kill to make good. Due to a pre-contagion feud with Sam, the leader of Varsity (the jocks' gang), David is forced to eke out a loner's existence. But while protecting his younger brother, Will, from the horrors of the darkened hallways, David becomes an underground hero--which begins to infuriate Will, who also longs for the spotlight. Though not totally implausible, this is for fans of gritty sf dystopia, and Thomas' whirlwind pace, painful details ('old socks in a zip-lock freezer bag' serve as one character's pillow), simmering sexual content, and moments of truly shocking ultra-violence thrust this movie-ready high-school thriller to the head of the class. --starred, Booklist

Lex Thomas is the author team made up of Lex Hrabe and Thomas Voorhies.
Lex Hrabe was a Drama Geek in high school as well as student body president, but in spite of his affiliations, he probably wouldn't have lasted a week if his school had been quarantined. Lex received a BA in Drama and English from the University of Virginia and has worn hats as an actor, director, and writer. In addition to working as a screenwriter, he heads development at Cinespire Entertainment, a boutique production company (www.cinespire.com).
If Thomas Voorhies were a character in The Quarantine Trilogy, he would be a member of the Art Geek gang. Thomas graduated with a Bachelors of Fine Arts from the Rhode Island School of Design and continues to practice and exhibit his realist oil paintings. When he isn't writing or painting out of his home in Los Angeles, he is either watching movies, or watching even more movies. To see a selection of his artwork, visit: www.thomasvoorhies.com"
If the item details above aren’t accurate or complete, we want to know about it. Report incorrect product info.