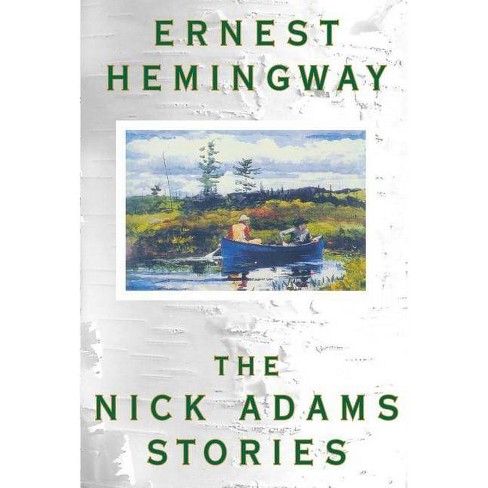 Eight of these stories never before published.

From one of the 20th century's greatest voices comes the complete chronological anthology of his short stories featuring Nick Adams, Ernest Hemingway's memorable character, as he grows from child to adolescent to soldier, veteran, writer, and parent--a sequence closely paralleling the events of Hemingway's life. The complete collection of Ernest Hemingway's Nick Adams two dozen stories are gathered here in one volume, grouped together according to the major time periods in the protagonist's life. Based on Hemingway's own experiences as a boy and as a member of the Red Cross ambulance corps in World War I. The collection follows Nick's life as a child to parent, along with soldier, veteran, and writer and feature some of Hemingway's earliest work such as Indian Camp and some of his best-known short stories, including Big Two-Hearted River. Perfect for longtime Hemingway fans and as an introduction to one of America's most famous writers.

Ernest Hemingway did more to change the style of English prose than any other writer of his time. Publication of The Sun Also Rises and A Farewell to Arms immediately established Hemingway as one of the greatest literary lights of the twentieth century. His classic novel The Old Man and the Sea won the Pulitzer Prize in 1953. Hemingway was awarded the Nobel Prize for Literature in 1954. His life and accomplishments are explored in-depth in the PBS documentary film from Ken Burns and Lynn Novick, Hemingway. Known for his larger-than-life personality and his passions for bullfighting, fishing, and big-game hunting, he died in Ketchum, Idaho on July 2, 1961.
If the item details above aren’t accurate or complete, we want to know about it. Report incorrect product info.