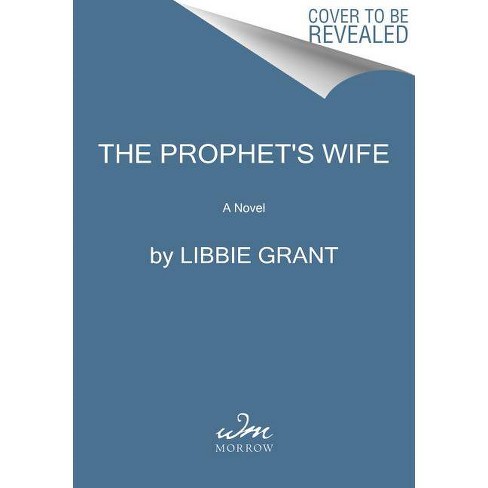 Pennsylvania, 1825. Emma Hale marries a poor man with a conviction that he can speak to God. Her husband's name is Joseph Smith. While he forms the Mormon religion, he will also fracture Emma's life and faith.

A lyrical novel exploring the origins of the Mormon faith, RECOMMENDED by the New York Times Book Review.

"A masterpiece ... perfect for fans of Hilary Mantel and Geraldine Brooks" - Kris Waldherr, author of The Lost History of Dreams

In 1825, in rural Pennsylvania, Emma Hale marries an itinerant treasure-digger, a man who has nothing but a peep-stone in his pocket and a conviction that he can speak directly to God. His name is Joseph Smith and in a few short years, he will found his own religion, gather zealous adherents by the tens of thousands, and fracture Emma's life and faith.

While the Mormon religion finds its feet and runs beyond the grasp of its founder, Emma struggles to maintain her place in Joseph's heart--and in the religion that has become her world. The Mormons make themselves outcasts everywhere they go. Joseph can only maintain his authority by issuing ever-stranger commandments on God's behalf, culminating in an edict that men should marry as many women as they please. The Mormons' adoption of polygamy only sets them further apart, and soon their communities are ravaged by violence at the hands of their outraged fellow Americans. For Emma, things take a more personal toll as Joseph brings in a new wife--a woman whom Emma considers a sister.

Emma knows there will never be peace until Joseph faces the law. But on the half-wild edge of the frontier, he's more likely to find death at the hands of a vigilante posse than a fair trial. For the sake of her people--and her soul--Emma must convince the Prophet of God to surrender... and perhaps to sacrifice his life.

"Fascinating ... one of the most interesting and nuanced portrayals of a marriage I've read in a very long time ... Brilliant." - Allison Epstein, author of A Tip for the Hangman

The Prophet's Wife is one of finest books I have read in some time. Not only is it a gorgeously written and nuanced examination of the evolution of an American faith, The Prophet's Wife offers a deeply affecting portrait of the marriage between a complicated man and the strong woman caught in the storm of his making. A masterpiece of a novel perfect for fans of Hilary Mantel and Geraldine Brooks. Don't miss this one! -- Kris Waldherr, author of The Lost History of Dreams and Unnatural Creatures: A Novel of the Frankenstein Women

The Prophet's Wife is a fascinating look at the origin story of an American religion--and an equally fascinating portrayal of what we're willing to endure in the name of love and faith. Emma and Joseph Smith are both deeply flawed and curiously sympathetic, together making one of the most interesting and nuanced portrayals of a marriage I've read in a very long time. The psychology at work in this book is brilliant. -- Allison Epstein, author of A Tip for the Hangman

Grant's amazing book, The Prophet's Wife, brings to life a vivid portrait of Emma Smith, and does a beautiful job of bringing readers into her world, her mind, and her heart. This is just the book we have been needing to restore this founder to her rightful historical place. -- Piper Huguley, author of By Her Own Design

The Prophet's Wife moves beyond a simple story of religious history to excavate the inner workings of a marriage and the ongoing battle between mind and heart. Through beautiful prose and complex characters, Libbie Grant incites us to consider a difficult question: would you publicly stand by your partner for something you sense is morally flawed? This is a thought-provoking novel that covers vast historical ground with a deeply emotional and intimate touch. -- Ellen Keith, internationally bestselling author of The Dutch Wife

Libbie Grant's The Prophet's Wife is a captivating story about the origins of the Mormon church as told through the eyes of Emma Hale Smith, wife of the church's founder Joseph Smith. With meticulous attention to detail, Emma's fascinating and at times heartbreaking story is both timely and timeless, as it explores themes around marriage, faith and power, as well as the impossible choices women throughout history have been forced to make to survive. -- Jane Healey, bestselling author of The Secret Stealers

You will enter an unforgettable world in The Prophet's Wife. It's a story of fiery faith, love, and emotionally charged drama, all seen through the point of view of Emma Hale. She's a young woman of independent spirit who sees something no one else does in a man who appears one day at her family home: Joseph Smith. Together they changed American history. The writing is richly detailed--this is a novel not to be missed. -- Nancy Bilyeau, author of Dreamland