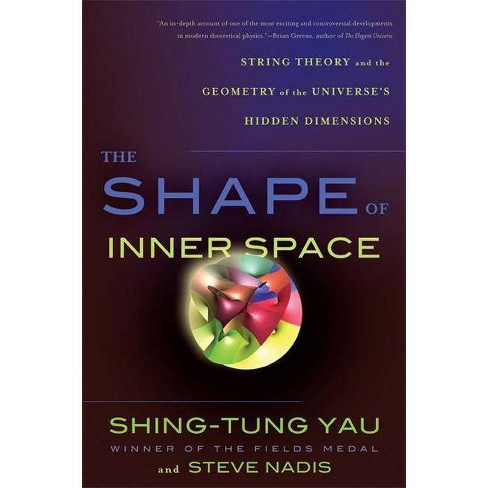 $21.99
undefined out of 5 stars with 0 reviews
be the first!be the first! ratings
Help us improve this page

Of course, none of this could have been foretold more than a half century ago when a man named Eugenio Calabi -- the first half of the Calabi-Yau duo -- proposed that there could be multidimensional spaces with properties so special that many mathematicians, including one of this book's authors, considered them "too good to be true." Calabi had not been thinking about physics at the time, in the early 1950s, when he advanced the famous conjecture named after him. Following the proof of the Calabi conjecture, we have learned many new and wonderful things in both physics and mathematics -- all of which suggest that Calabi-Yau spaces are not only too good to be true, as the skeptics used to say, but that they may be even better.

BLURBS
Brian Greene, Professor of Mathematics & Physics, Columbia University; author of The Fabric of the Cosmos and The Elegant Universe
"The Shape of Inner Space provides a vibrant tour through the strange and wondrous possibility that the three spatial dimensions we see may not be the only ones that exist. Told by one of the masters of the subject, the book gives an in-depth account of one of the most exciting and controversial developments in modern theoretical physics."