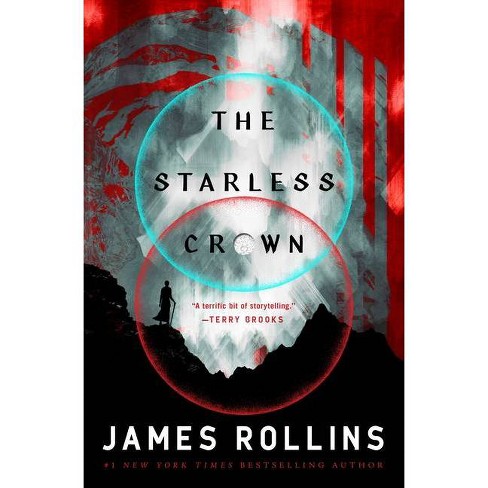 An alliance embarks on a dangerous journey to uncover the secrets of the distant past and save their world in this captivating, deeply visionary adventure from #1 New York Times bestselling thriller-master James Rollins.

An alliance embarks on a dangerous journey to uncover the secrets of the distant past and save their world in this captivating, deeply visionary adventure from #1 New York Times bestselling thriller-master James Rollins.

A gifted student foretells an apocalypse. Her reward is a sentence of death. Fleeing into the unknown she is drawn into a team of outcasts: A broken soldier, who once again takes up the weapons he's forbidden to wield and carves a trail back home. A drunken prince, who steps out from his beloved brother's shadow and claims a purpose of his own. An imprisoned thief, who escapes the crushing dark and discovers a gleaming artifact - one that will ignite a power struggle across the globe. On the run, hunted by enemies old and new, they must learn to trust each other in order to survive in a world evolved in strange, beautiful, and deadly ways, and uncover ancient secrets that hold the key to their salvation. But with each passing moment, doom draws closer. WHO WILL CLAIM THE STARLESS CROWN? The Moon Fall Series:
The Starless Crown
The Cradle of Ice

When I'm sitting around the campfire, hearing of heroic deeds and derring-do, I want James Rollins to be standing across from me spinning the yarn. He grabs you at the beginning and doesn't let go, weaving a believably unbelievable world of magic and danger that is both terrifying and beautiful, cruel and tender. A masterful storyteller across the genres, James is at his best in The Starless Crown.--R. A. Salvatore, New York Times bestselling author of The DemonWars Saga "The Starless Crown is a bold and brilliant epic fantasy by a master storyteller! Wonderfully complex characters, shifting points-of-view, unparalleled world-building, and a great sense of fun make this a certified triumph!"--Jonathan Maberry, New York Times bestselling author of Relentless and Kagen the Damned An action-filled fantasy quest that is gripping and thought-provoking. The high stakes and smooth writing made it a page turner.... As in his thrillers, he includes science, historical secrets, and suspense.--Mystery & Suspense Magazine "An interesting blend of science and magic, flying ships and prophetic gods, propel this fantasy into epic territories."--Library Journal "Fun...the fantastical creatures and landscapes are imaginative.... Readers looking for plot-driven fantasy will enjoy the action."--Publishers Weekly Praise for James Rollins: Rollins is what you might wind up with if you tossed Michael Crichton and Dan Brown into a particle accelerator together."--The New York Times Adventurous and enormously engrossing.--NPR After Crichton passed away in 2008 he clearly passed the baton to James Rollins, who like Crichton, is a renaissance man.--Huffington Post

JAMES ROLLINS is the #1 New York Times bestseller of international thrillers, sold to over forty countries. His Sigma series has earned national accolades and has topped charts around the world. He is also a practicing veterinarian, who still spends time underground or underwater as an avid spelunker and diver. At long last, Rollins debuts a major new series that opens a riven world trapped between fire and ice, merging his fascination with the natural world, his love of adventure, and his knowledge of the wonders found at the evolutionary fringes of scientific exploration. It is a fantasy series unlike any attempted before.
If the item details above aren’t accurate or complete, we want to know about it. Report incorrect product info.