They Never Learn - by Layne Fargo 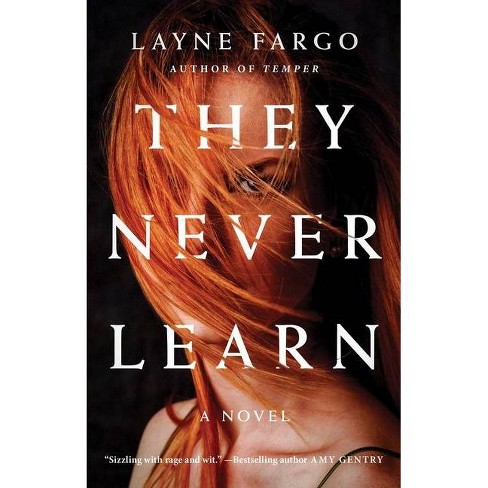 "Two women ... give bad men exactly what they deserve--one an English professor/serial killer who murders the most evil man she knows each year, and the other a lost college freshman seeking vengeance after her best friend is sexually assaulted at a party"--

From the author of the "raw, ingenious, and utterly fearless" (Wendy Walker, USA TODAY bestselling author) Temper comes a dynamic psychological thriller about two women who give bad men exactly what they deserve--perfect for fans of Killing Eve and Chelsea Cain. Scarlett Clark is an exceptional English professor. But she's even better at getting away with murder. Every year, Dr. Clark searches for the worst man at Gorman University--professor, student, or otherwise--and plots his well-deserved demise. Thanks to her meticulous planning, she's avoided drawing attention to herself...but as she's preparing for her biggest kill yet, the school starts probing into the growing body count on campus. Determined to keep her enemies close, Dr. Clark insinuates herself into the investigation and charms the woman in charge. Everything's going according to her master plan...until she loses control with her latest victim, putting her secret life at risk of exposure. Meanwhile, Gorman student Carly Schiller is just trying to survive her freshman year. Finally free of her emotionally abusive father, all Carly wants is to focus on her studies and fade into the background. Her new roommate has other ideas. Allison Hadley is cool and confident--everything Carly wishes she could be--and the two girls quickly form an intense friendship. So when Allison is sexually assaulted at a party, Carly becomes obsessed with making the attacker pay...and turning her fantasies about revenge into a reality. "A gorgeously-written ragestorm of a thriller" (Wendy Heard, author of The Kill Club), They Never Learn is a feminist serial killer story that you won't be able to put down.

Layne Fargo is the author of the thrillers Temper and They Never Learn. She's a Pitch Wars mentor, Vice President of the Chicagoland chapter of Sisters in Crime, and the cocreator of the podcast Unlikeable Female Characters. Layne lives in Chicago with her partner and their pets.
If the item details above aren’t accurate or complete, we want to know about it. Report incorrect product info.