To Sleep in a Sea of Stars - by Christopher Paolini 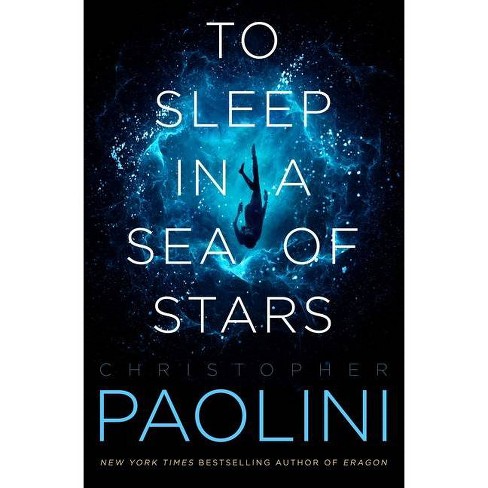 A space voyager living her dream of exploring new worlds lands on a distant planet ripe for colonization before her discovery of a mysterious relic transforms her life and threatens the entire human race.

Winner of Best Science Fiction in the 2020 Goodreads Choice Awards! To Sleep in a Sea of Stars is a brand new epic novel from #1 New York Times bestselling author of Eragon, Christopher Paolini. Kira Navárez dreamed of life on new worlds. Now she's awakened a nightmare. During a routine survey mission on an uncolonized planet, Kira finds an alien relic. At first she's delighted, but elation turns to terror when the ancient dust around her begins to move. As war erupts among the stars, Kira is launched into a galaxy-spanning odyssey of discovery and transformation. First contact isn't at all what she imagined, and events push her to the very limits of what it means to be human. While Kira faces her own horrors, Earth and its colonies stand upon the brink of annihilation. Now, Kira might be humanity's greatest and final hope . . .

"A powerful piece of SF, with intelligent writing and big ideas."--Adrian Tchaikovsky, author of Children of Time

"Fans of all kinds, one can be sure, will come to question, and stay to explore."--The Wall Street Journal "The skills honed in his YA fantasy series, Inheritance (Eragon, 2003), are on full display here in his vibrant world building, especially in the mythology of the alien tech. Paolini populates this universe with a large cast of interesting and relatable characters, and mostly avoids reductive good guy/bad guy dynamics, lending the story a sincere emotional depth. Highly recommended for fans of James A. Corey's The Expanse series and for fantasy fans willing to try space opera."--Booklist, starred review "Dazzles with otherworldly delights--and unearthly nightmares."--Newsweek

"This is Paolini's best book so far, skillfully done, brilliantly imagined and cleverly executed. It's accessible and engaging and left us wanting more."--Starburst Magazine

"Has that charm that is unique to [Paolini's] writing. The ending was fantastic, big and exciting and with the same outside-the-box thinking I now expect from one of Paolini's endings."--Novel Knight "The character cast in To Sleep in a Sea of Stars is perfection. Kira is my queen of thorns, and I would trust her with my life and with the fate of humanity."--Ink and Plasma "Sure to be one of the biggest literary moments of the year."--The Portalist "Just as he did with his fantasy series, Paolini again captured my complete attention with the sheer breadth of his imagination."--By Hook or By Book Praise for Christopher Paolini: "An authentic work of great talent."--New York Times Book Review "Paolini is a spellbinding fantasy writer."--The Boston Globe

Christopher Paolini was born in Southern California and has lived most of his life in Paradise Valley, Montana. He published his first novel, Eragon, in 2003 at the age of nineteen, and quickly became a publishing phenomenon. His Inheritence Cycle--Eragon and its three sequels--have sold nearly 40 million copies worldwide. To Sleep in a Sea of Stars is his first adult novel.
If the item details above aren’t accurate or complete, we want to know about it. Report incorrect product info.