Tokyo Dreaming - (Tokyo Ever After) by Emiko Jean 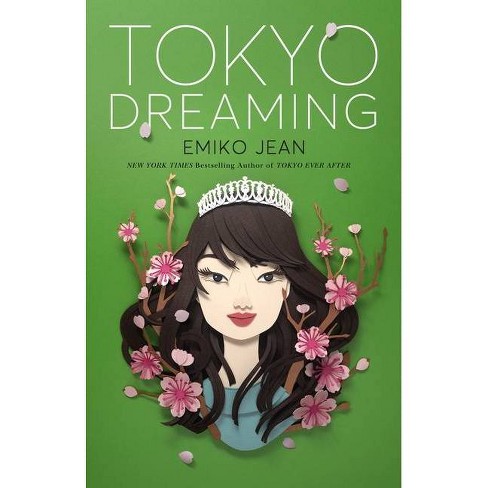 Return to Tokyo for a royal wedding in Emiko Jean's Tokyo Dreaming, the sequel to the Reese Witherspoon Book Club Pick and New York Times bestseller Tokyo Ever After

When Japanese-American Izumi Tanaka learned her father was the Crown Prince of Japan, she became a princess overnight. Now, she's overcome conniving cousins, salacious press, and an imperial scandal to finally find a place she belongs. She has a perfect bodyguard turned boyfriend. Her stinky dog, Tamagotchi, is living with her in Tokyo. Her parents have even rekindled their college romance and are engaged. A royal wedding is on the horizon! Izumi's life is a Tokyo dream come true. Only... Her parents' engagement hits a brick wall. The Imperial Household Council refuses to approve the marriage citing concerns about Izumi and her mother's lack of pedigree. And on top of it all, her bodyguard turned boyfriend makes a shocking decision about their relationship. At the threat of everything falling apart, Izumi vows to do whatever it takes to help win over the council. Which means upping her newly acquired princess game. But at what cost? Izumi will do anything to help her parents achieve their happily ever after, but what if playing the perfect princess means sacrificing her own? Will she find a way to forge her own path and follow her heart?

Praise for TOKYO EVER AFTER

"If The Princess Diaries met Crazy Rich Asians, you would get close to the wonderfully chaotic splendor of Tokyo Ever After." --Entertainment Weekly (Best Book of Summer)

"Izumi's determined spirit and character arc will endear readers to her. A fun experience that readers will want to read again and again." --School Library Journal, starred review (Best Book of the Year) "A refreshing and spot-on depiction of Japanese Americans exploring their heritage, with appeal far beyond female Asian readers." --Booklist, starred review

"Move over, Mia Thermopolis! Princess Izumi will completely capture your heart while making you laugh nonstop. With an unforgettable voice and a heart-fluttering romance, Tokyo Ever After is an instant favorite." --Gloria Chao, author of Rent a Boyfriend "Despite the swoon-worthy love interest and glittering palaces, Tokyo Ever After is not your typical princess story. Izumi is a spunky, irreverent, lovable narrator who struggles to reconcile her American upbringing with her Japanese heritage. A fresh and distinctly modern fairy tale." --Katharine McGee, author of American Royals

"A gorgeously detailed rom-com that made me want to move to Japan and never come back." --Nicola Yoon, author of Instructions for Dancing

When Emiko Jean isn't writing, she is reading. Before she became a writer, she was an entomologist, a candlemaker, a florist, and most recently, a teacher. She lives in Washington with her husband and children (unruly twins). She is also the author of Tokyo Ever After, Empress of all Seasons, and We'll Never Be Apart.
If the item details above aren’t accurate or complete, we want to know about it.

Something Wilder - by Christina Lauren

Once Upon a Broken Heart - by Stephanie Garber

This Woven Kingdom - by Tahereh Mafi

The Bodyguard - by Katherine Center

Tokyo Ever After - by Emiko Jean

Never Ever Getting Back Together - by Sophie Gonzales (Hardcover)