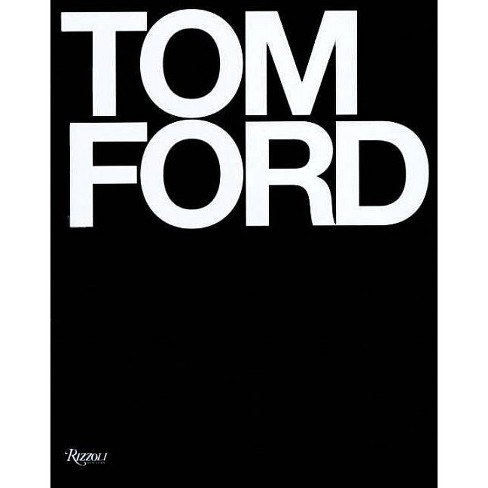 Tom Ford has become one of fashion's great icons. He transformed Gucci from a moribund accessories label into one of the sexiest fashion brands in the world. His designs have increased sales at Gucci tenfold and have helped build the Gucci brand into the luxury goods conglomerate that it is today. Ford brought a hard-edged style synonymous with 21st century glamour to his clothes, and Hollywood sat up and took note. This book is a complete catalogue of Ford's design work for both Gucci and Yves Saint Laurent from 1994 to 2004. It chronicles not only Ford's clothing and accessories designs for both houses, but also explores Ford's grand vision for the complete design of a brand, including architecture, store design, and advertising. Tom Ford features more than 200 photographs by Richard Avedon, Mario Testino, Steven Meisel, Helmut Newton, Herb Ritts, Terry Richardson, Craig McDean, Todd Eberle, and numerous other photographers including many previously unpublished images. Published to coincide with his departure from Gucci, this book has been created with Ford's full cooperation and every page reflects his exceptional taste. It is Ford's testament to a career of singular moments reinventing the boundaries of style and sensuality in clothing.

This huge, slipcased Festschrift checks in at 11×14, and covers each of the Gucci years individually, compiling product shots, ads, runway candids, snippets of Ford wisdom (I think you have to have personality at a brand--otherwise, it's just clothes), Gucci-sporting celebrities and commercial stills. Vogue 's Anna Wintour and Vanity Fair 's Graydon Carter contribute a foreword and introduction respectively. The much-covered growth at Gucci and YSL are the real story behind the book, to the point where the press chat credits Ford with carving out a new industry archetype: the businessman designer. But the 375 color and b&w photos, all culled from existing fashion archives, is more of a look back at how Ford's creations were presented (including year-by-year portraits of the photogenic Ford himself), rather than what led to their creation, how they were actually made or how they fit into the culture at large. As a 10-year time capsule of brand fashioning, the book succeeds perfectly.
--Publishers Weekly

Bridget Foley has always loved storytelling. She's the author of several screenplays and is often featured on annual industry best-of lists. Hugo & Rose is her first novel. Tom Ford has been showered with design awards in recent years, including 3 awards from the Council of Fashion Designers of America, 5 VH1/ Vogue Fashion Awards, British GQ International Man of the Year, and Designer of the Year by GQ America. Anna Wintour is the editor of American Vogue. Graydon Carter has been the editor-in-chief of Vanity Fair since 1992. Previously, he was the editor of The New York Observer and the cofounder of Spy. He is the producer of the acclaimed film The Kid Stays in the Picture and the executive producer of the Emmy- and Peabody Award-winning documentary 9/11. He lives in New York.
If the item details above aren’t accurate or complete, we want to know about it. Report incorrect product info.