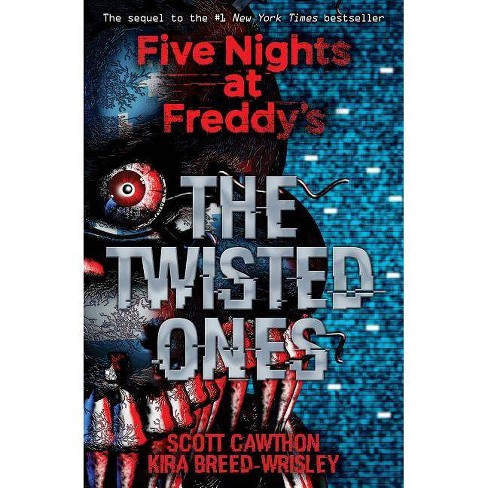 The chilling sequel to the #1 New York Times bestselling novel Five Nights at Freddy's: The Silver Eyes from the creator of the acclaimed horror video game series.

The chilling sequel to the #1 New York Times bestselling novel Five Nights at Freddy's: The Silver Eyes from the creator of the acclaimed horror video game series.The highly anticipated sequel to the bestselling Five Nights at Freddy's: The Silver Eyes.It's been a year since the horrific events at Freddy Fazbear's Pizza, and Charlie is just trying to move on. Even with the excitement of a new school and a fresh start, she's still haunted by nightmares of a masked murderer and four gruesome animatronic puppets. Charlie thinks her ordeal is over, but when a series of bodies are discovered near her school bearing wounds that are disturbingly familiar she finds herself drawn back into the world of her father's frightening creations. Something twisted is hunting Charlie, and this time if it finds her, it's not letting her go.

Scott Cawthon is the author of the bestselling video game series Five Nights at Freddy's, and while he is a game designer by trade, he is first and foremost a storyteller at heart. He is a graduate of The Art Institute of Houston and lives in Texas with his wife and four sons.

Kira Breed-Wrisley has been writing stories since she could first pick up a pen and has no intention of stopping. She is the author of seven plays for Central New York teen theater company The Media Unit, and has developed several books with Kevin Anderson & Associates. She is a graduate of Cornell University, and lives in Brooklyn, New York.

Claudia Aguirre is a GLAAD and Eisner Award nominated artist and writer. She is co-founder of Boudika Comics. Her works include Hotel Dare (Boom!Studios), Morning in America (Oni Press) and Lost on PlanetEarth (Comixology Originals).
If the item details above aren’t accurate or complete, we want to know about it. Report incorrect product info.