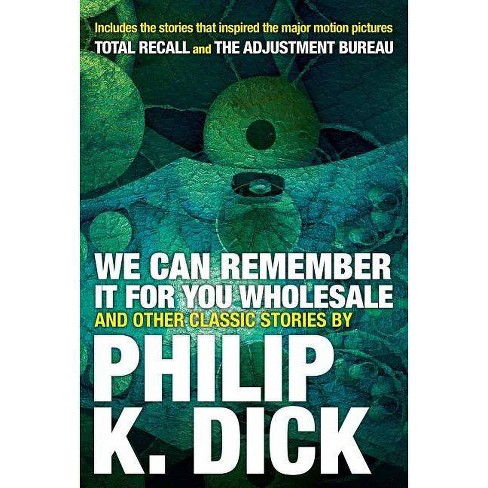 "The collected stories of Philip K. Dick are awe-inspiring." --Washington Post Countless readers worldwide consider Philip K. Dick to have been the greatest science fiction writer on any planet. Since his untimely death in 1982, interest in Dick's work has continued to mount and his reputation has been enhanced by a growing body of critical attention as well as many films based on his stories and novels. Featuring the story We Can Remember It for You Wholesale, which inspired the major motion picture Total Recall, this collection draws from the writer's earliest fiction, written during the years 1952-55. Also included are fascinating works such as The Adjustment Team (basis of the 2011 movie The Adjustment Bureau), Impostor (basis of the 2001 movie), and many others. Dick won the prestigious Hugo Award for best novel of 1963 for The Man in the High Castle and in the last year of his life, the now-classic film Blade Runner was made from his novel Do Androids Dream Electric Sheep? More recently, Dick's short story The Minority Report inspired a Steven Spielberg movie as well as a TV series. The classic stories of Philip K. Dick offer an intriguing glimpse into the early imagination of one of science fiction's most enduring and respected names.

"A useful acquisition for any serious SF library or collection." --Kirkus Reviews "More than anyone else in the field, Mr. Dick really puts you inside people's minds." --Wall Street Journal With an Introduction by Norman Spinrad

More than 30 years after his untimely death at age 53, Philip K. Dick (1928-1982) remains one of the most celebrated authors of the last century and a looming and illuminating presence in this one. He was the winner of both the prestigious Hugo Award and the John W. Campbell Memorial Award, which honor excellence in science fiction. Inducted in 2007 into the Library of America, which publishes a three-volume collection of his novels, Dick has received unprecedented recognition for his contributions to modern literature, specifically in the area of science fiction. His 45 novels and over 210 short stories have been adapted into numerous films, including the blockbusters Minority Report, Total Recall, and Blade Runner, as well as Impostor, Paycheck, Scanner Darkly, Next, and The Adjustment Bureau.
If the item details above aren’t accurate or complete, we want to know about it. Report incorrect product info.