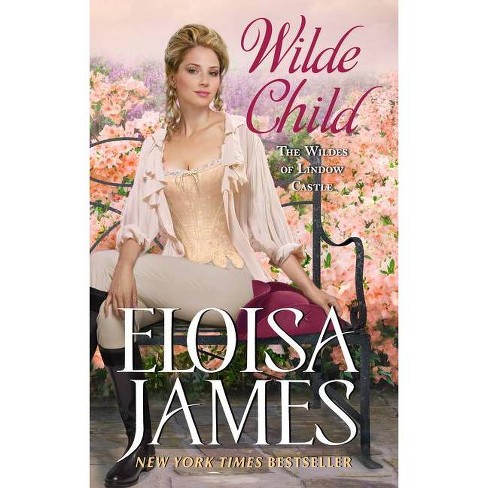 Eloisa James returns to the Wildes of Lindow Castle series with the next Wilde child who runs and joins a theatre troupe -- and the duke who tries to save her reputation.


He wants a prim and proper duchess, not the Wildest of the Wildes!

Already notorious for the golden hair that proves her mother's infidelity, Lady Joan can't seem to avoid scandals, but her latest escapade may finally ruin her: she's determined to perform the title role of a prince--in breeches, naturally.

She has the perfect model for an aristocratic male in mind: Thaddeus Erskine Shaw, Viscount Greywick, a man who scorned the very idea of marrying her.

Not that Joan would want such a dubious honor, of course.

For years, Thaddeus has avoided the one Wilde who shakes his composure, but he's horrified when he grasps the danger Joan's putting herself in. Staring into her defiant eyes, he makes the grim vow that he'll keep her safe.

He strikes a bargain: after one performance, the lady must return to her father's castle and marry one of three gentlemen whom he deems acceptable.

Not including him, of course.

"Longtime historical romance fans and newbies to the genre (particularly those whose interest was piqued by Bridgerton) will delight in this well-done addition to a solid series." --Library Journal "A sparkling Georgian romance. James' writing shines and the Wilde clan's infectious energy is the epitome of delightful. Overflowing with tried-and-true romance tropes like opposites attract and secret pining, Wilde Child proves that sometimes there's no need to reinvent the wheel."--BookPage "As usual, Eloisa James manages to weave a sweet, funny, and poignant tale. I don't think readers of the Wilde family antics will be disappointed."--Romance Reviews Today A story as wild as the heroine's family name and one that will reward romance fans who want a funny book about an unusual heroine.--Kirkus Reviews With the latest swoon-worthy addition to her best-selling the Wildes of Lindow Castle series, RITA award-winning James (My Last Duchess, 2020) not only delivers another utterly beguiling, effervescently witty, and scintillatingly sensual love story in splendid homage to the Bard but also a fascinating mini-masterclass on Hamlet.--Booklist (starred review)
If the item details above aren’t accurate or complete, we want to know about it. Report incorrect product info.