Winnie-The-Pooh - by A A Milne (Hardcover) 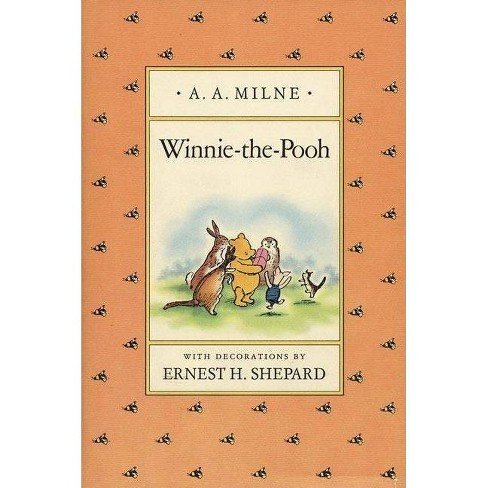 Here are Pooh and Piglet, Eeyore, Kanga, Roo, and of course Christopher Robin, doing what they've done for generations--enchanting young readers in A.A. Milne's tales from the Hundred Acre Wood.

Happy 90th birthday, to one of the world's most beloved icons of children's literature, Winnie-the-Pooh! Since 1926, Winnie-the-Pooh and his friends--Piglet, Owl, Tigger, and the ever doleful Eeyore--have endured as the unforgettable creations of A.A. Milne, who wrote this book for his son, Christopher Robin, and Ernest H. Shepard, who lovingly gave Pooh and his companions shape. These characters and their stories are timeless treasures of childhood that continue to speak to all of us with the kind of freshness and heart that distinguishes true storytelling. Winnie-the-Pooh is a joy; full of solemn idiocies and the sort of jokes one weeps over helplessly, not even knowing why they are so funny, and with it all the real wit and tenderness which alone could create a priceless little masterpiece. Saturday Review, 1926

A. A. Milne was born in 1882 in London. He was a playwright and journalist as well as a poet and storyteller. His classic children's books were inspired by his son, Christopher Robin. Milne died in 1956. Ernest H. Shepard was born in 1879 in England. His pictures of the Pooh characters are based on real toys owned by Christopher Robin Milne. Shepard died in 1976.
If the item details above aren’t accurate or complete, we want to know about it. Report incorrect product info.