Winnie-The-Pooh (Puffin Modern Classics) - by A A Milne (Paperback) 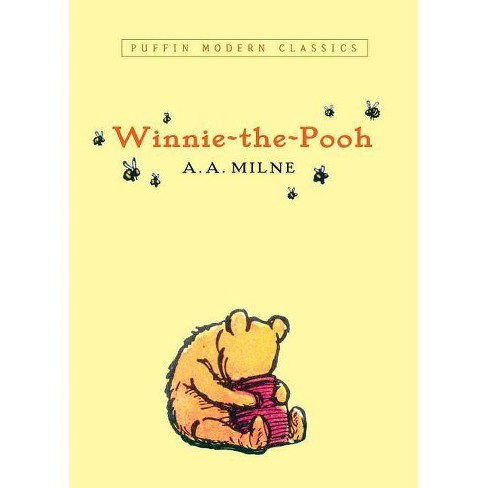 For nearly 70 years, Milne's classic story about young Christopher Robin and his adventures with his friends from the Hundred-Acre Wood has captivated readers of all ages. Illustrations.

Happy 90th birthday, to one of the world's most beloved icons of children's literature, Winnie-the-Pooh! Since 1926, Winnie-the-Pooh and his friends--Piglet, Owl, Tigger, and the ever doleful Eeyore--have endured as the unforgettable creations of A.A. Milne, who wrote this book for his son, Christopher Robin, and Ernest H. Shepard, who lovingly gave Pooh and his companions shape. These characters and their stories are timeless treasures of childhood that continue to speak to all of us with the kind of freshness and heart that distinguishes true storytelling.

Ernest H. Shepard was born in 1879 in London. His father was an architect and his mother whodied when he was ten years old was the daughter of a notable watercolorist. It was she who firstencouraged young Ernest to paint and draw. Art became Ernest's passion, and after attendingHeatherly's Art School and the Royal Acadamy Schools, Shepard supported himself by drawingfor the illustrated papers and by illustrating books. In 1903, Shepard married Florence Chaplin. Florence was a mural painter and fellow student atthe Academy. The Shepards had two children: Graham, who was killed in World War II, andMary, who later illustrated Mary L. Travers Mary Poppins books. When World War I broke out, Shepard served in France, Belgium, and Italy, attaining the rank ofMajor. On his return to England, he continued with his art. He became a regular contributor toPunch, the classic British humor magazine, where he met A. A. Milne, a man who was to beinstrumental to his career. Shepard was elected to the editorial board of Punch, and shortlythereafter, he agreed to do the illustrations for Milne's first book of verse, When We Were VeryYoung. The illustrations that Shepard created for all four of the Pooh books received worldwide acclaim.For the next thirty years, he continued to illustrate books for both adults and children. In 1973, for the first time, he added color to his drawings for Winnie-the-Pooh. Shepard ultimately donatedseveral hundred drawings to the Victoria and Albert Museum in London.
Ernest H. Shepard continued to pursue his love of drawing until his death in1976.copyright ? 2000 by Penguin Putnam Books for Young Readers. All rights reserved.
If the item details above aren’t accurate or complete, we want to know about it. Report incorrect product info.