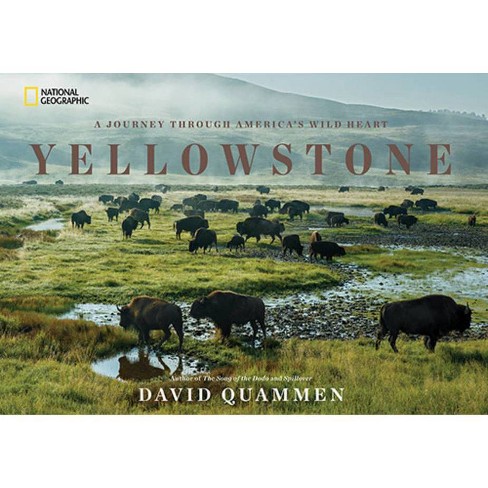 Best-selling author David Quammen takes readers on a breathtaking journey through America's most inspiring and imperiled ecosystem--Yellowstone National Park--in this monumental book on America's first national park. Yellowstone's storied past, rich ecosystem, and dynamic landscape are brilliantly portrayed in a captivating mosaic of photographs and eloquently written text that blend history, science, and research from the field. As much a visual ode to nature as an intimate tour of one of the world's most celebrated conservation areas, this gorgeous book illuminates the park's treasures grand and small--from the iconic Old Faithful to the rare gray wolf; from misty mountain tops to iridescent springs; and from sweeping valleys to flourishing wild blooms. In four illuminating sections that combine photos, sidebars, and graphics with elegantly crafted text, this book brings readers deeper into the life of the park than ever before, both commemorating its beauty and highlighting its challenges. This book is an essential addition to the National Parks' 100th anniversary celebration and will remind readers why conservation is worth every effort.

DAVID QUAMMEN is an award-winning American science, nature and travel writer. He authored the "Natural Acts" column for Outside magazine for 15 years. His articles have also appeared in National Geographic, Harper's, Rolling Stone, the New York Times Book Review, and other periodicals, and he has additionally authored 15 books. Quammen's book Spillover was nominated for the 2013 PEN/E. O. Wilson Literary Science Writing Award. Quammen resides in Bozeman, Montana.
If the item details above aren’t accurate or complete, we want to know about it. Report incorrect product info.