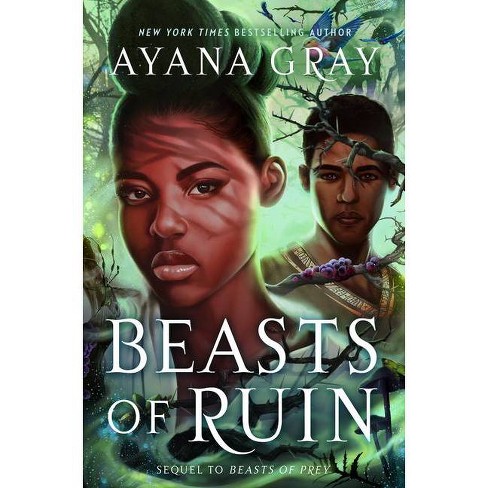 In this much anticipated follow up to New York Times bestselling Beasts of Prey, Koffi's powers grow stronger and Ekon's secrets turn darker as they face the god of death. Koffi has saved her city and the boy she loves, but at a terrible price. Now a servant to the cunning god of death, she must use her newfound power to further his continental conquest, or risk the safety of her home and loved ones. As she reluctantly learns to survive amidst unexpected friends and foes, she will also have to choose between the life--and love--she once had, or the one she could have, if she truly embraces her dangerous gifts. Cast out from the only home he's ever known, Ekon is forced to strike new and unconventional alliances to find and rescue Koffi before it's too late. But as he gets closer to the realm of death each day, so too does he draw nearer to a terrible truth--one that could cost everything. Koffi and Ekon--separated by land, sea, and gods--will have to risk everything to reunite again. But the longer they're kept apart, the more each of their loyalties are tested. Soon, both may have to reckon with changing hearts--and maybe, changing destinies.

Ayana Gray is a New York Times bestselling young adult fantasy author and a lover of all things monsters, mythos, and magic. Originally from Atlanta, Georgia, she now lives in Little Rock, Arkansas, where she reads avidly, follows Formula One racing, and worries over the varying moods of her adopted baby black rhino, Apollo, and her mini goldendoodle, Dolly. Her debut novel, Beasts of Prey, is being adapted for feature film.
If the item details above aren’t accurate or complete, we want to know about it. Report incorrect product info.