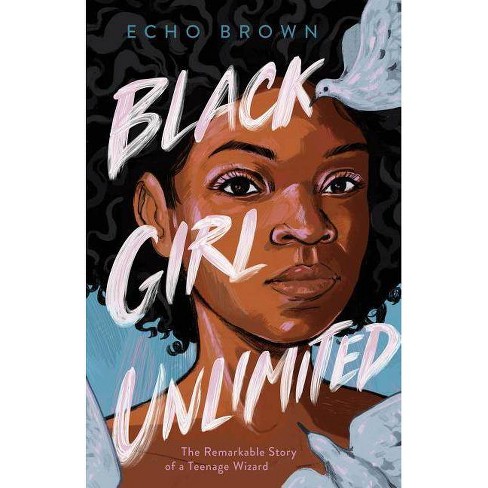 From age six through her high school valedictory speech, believing she and her mother are wizards helps young Echo cope with poverty, hunger, her mother's drug abuse, and much more.

Brown has written a guidebook of survival and wonder.--The New York Times

Just brilliant.--Kirkus Reviews Heavily autobiographical and infused with magical realism, Black Girl Unlimited fearlessly explores the intersections of poverty, sexual violence, depression, racism, and sexism--all through the arc of a transcendent coming-of-age story for fans of Renee Watson's Piecing Me Together and Ibi Zoboi's American Street. Echo Brown is a wizard from the East Side, where apartments are small and parents suffer addictions to the white rocks. Yet there is magic . . . everywhere. New portals begin to open when Echo transfers to the rich school on the West Side, and an insightful teacher becomes a pivotal mentor. Each day, Echo travels between two worlds, leaving her brothers, her friends, and a piece of herself behind on the East Side. There are dangers to leaving behind the place that made you. Echo soon realizes there is pain flowing through everyone around her, and a black veil of depression threatens to undo everything she's worked for. Christy Ottaviano Books

[An] empowering autobiographical novel fused with magical realism and allegory . . . with the nods to Langston Hughes, Maya Angelou, Malcolm X, and Alice Walker. This revelatory YA book deserves space on bookstore and library shelves for its healing power for all readers to break the chains of intergenerational pain and trauma.--School Library Journal, starred review

Brown has written a guidebook of survival and wonder....Brown's greatest gift is evoking intimacy, and as she delicately but firmly snatches the reader's attention, we are allowed to see this girl of multitudes and her neighborhood of contradictions in full and specific detail. --The New York Times A graphic look at the magical black girls who are often forgotten or fetishized. Through Echo's lessons, readers learn what it's like to persist despite hopelessness, survive in a world propelled by oppressive and exploitative systems, and cope with feelings of connection and disconnect. A much-needed story. Just brilliant.--Kirkus Reviews A meditation on resilience, Black Girl Unlimited is an astonishing blend of riveting storytelling and moving literary artistry. I fell completely under the spell of this book and its community of brilliantly drawn characters. I need more Echo Brown books. --S.K. Ali, New York Times-bestselling author Steeped in allegory, magical realism, and stunning imagery, this story of what we take with us and what we leave behind marks the arrival of a bold new literary imagination. --Esquire

Brown's prose is searingly beautiful and painful in its imagery . . . Echo is an unforgettable heroine, and her tale makes a compelling counterpart to Nikki Grimes' memoir, Ordinary Hazards, or a first step toward Octavia Butler. --The Bulletin Brown's novel deals with some very heavy themes including sexual violence, drug addiction, depression, and racism. However, it treats these themes and readers with care while uplifting both its main character and readers who may share Echo's struggles. A treasure of a story that's poignant, soulful, and inspiring.--Booklist This is a story of Black girl magic, trauma and healing, learning to save oneself, connection and forgiveness, and given and chosen family. --Book Riot In this arresting fictionalized account of the author's life growing up in Cleveland, systemic racism and personal trauma have palpable weight. The magical realism underscores the impact of that trauma while also illuminating the vulnerabilities and especially the strength of Echo and others in her African American family and community. --Cooperative Children's Book Center

Echo Brown is an African-American writer, performer, and playwright from rural Ohio. A Dartmouth alumna and the first female college graduate in her family, she is currently based in Northern California. Echo is best known for her one-woman show Black Virgins Are Not For Hipsters. Black Girl Unlimited marks her debut.
If the item details above aren’t accurate or complete, we want to know about it. Report incorrect product info.