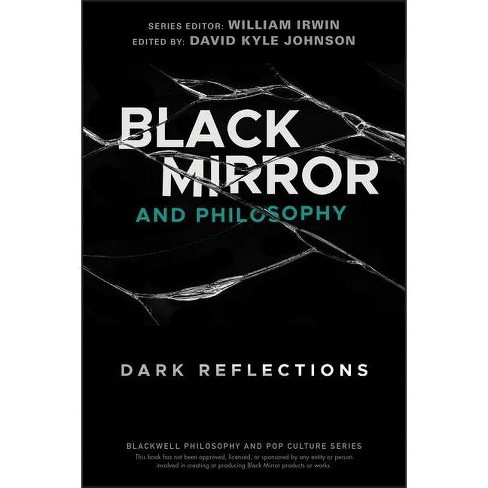 $13.49
0 out of 5 stars with 0 reviews
be the first!be the first! ratings
Shipping
Free standard shipping with RedCard
Help us improve this page

What dangers does the rapid advancement of technology pose?

Have we given social media too much power over our lives?

Could heaven really, one day, be a place on Earth?

Should criminal justice and punishment be crowdsourced?

The future is bright--or is it? In the dystopian near-future of the Emmy-winning sci-fi television series Black Mirror--where consciousness can be incarcerated in circuitry, social media metrics determine class status, and the dead can be robotically or digitally reanimated--it is all too easy to fall victim to the dangers of a technologically-driven world and its ever-evolving forms of social control. From surveilled minds to violated memories, Charlie Brooker's high-concept anthology series takes an incisive look at the darkest reflections of the human condition in digital technology through sharply allegorical tales that tap into our collective techno-paranoia with remarkable acuity.

Black Mirror and Philosophy unravels the philosophical threads woven throughout the show's futurist premises, including questions about artificial intelligence, virtual reality, surveillance, privacy, love, death, criminal behavior, and politics. Original essays written by a diverse group of scholars invite you to peer into the void and explore the ethical, political, and existential dimensions of Brooker's sinister stories (and hunt for some Easter eggs in the process). The collection pairs a chapter with each episode in Black Mirror's five seasons--including an interactive, choose-your-own-adventure analysis of Bandersnatch--and concludes with general essays that examine the series' broad themes.