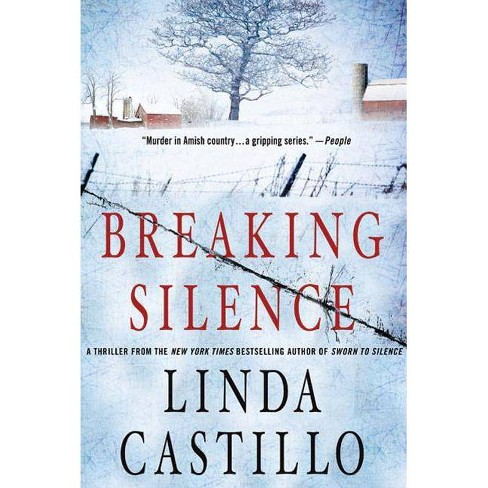 The "New York Times"-bestselling series hailed as gripping ("People") returns with Police Chief Kate Burkholder called to the scene of a horrific tragedy on a peaceful Amish farm.

The Slabaugh family are model Amish farmers, prosperous and hardworking, with four children and a happy extended family. When the parents and an uncle are found dead in their barn, it appears to be a gruesome accident: methane gas asphyxiation caused by a poorly ventilated cesspit. But in the course of a routine autopsy, the coroner discovers that one of the victims suffered a head wound before death--clearly, foul play was involved. But who would want to make orphans of the Slabaughs' children? And is this murder somehow related to a recent string of shocking hate crimes against the Amish? Having grown up Amish, Kate is determined to bring the killer to justice. Because the other series of attacks are designated hate crimes, the state sends in agent John Tomasetti, with whom Kate has a long and complex relationship. Together, they search for the link between the crimes--and uncover a dark secret at work beneath the placid surface of this idyllic Amish community. Chock full of twists and chills and set against the unusual world of the Amish, this series will delight fans of Chelsea Cain and Thomas Harris (USA Today).

"In addition to creating exceptionally well drawn characters and crafting a gripping plot that takes some shocking turns to a heart-pounding conclusion, Castillo probes with keen sensitivity the emotional toll taken by police work. The third in this series of thrillers (after Sworn to Silence, 2009, and Pray for Silence, 2010) is another winner." --Booklist (starred review)

"Kate's third offers plenty of violence, a surprise ending and some insight into the Amish way of life." --Kirkus Reviews "Castillo melds deeply flawed characters with a glimpse into a unique community in which isolation can hide a plethora of secrets." --Publishers Weekly "Castillo has created a gripping series about police chief Kate Burkholder, who was raised in an Amish community but left during her teens, which creates a constant tension between herself and the community but also an understanding of the people involved. Life in the farming area is vividly portrayed and both the sociological background and the physical setting add greatly to the mystery. The mystery is complicated but clearly plotted with a heart-stopping ending." --RT Book Review (4 1/2 stars) "This is the third in a stupendous series . . . Written at a thrilling pace, with haunting images, Breaking Silence is a novel worth staying up all night to reach the end." --New York Journal of Books

Linda Castillo is the New York Times bestselling author of the Kate Burkholder novels, including Sworn to Silence and Pray for Silence, crime thrillers set in Amish country. She is the recipient of awards including the Daphne du Maurier Award of Excellence, the Holt Medallion and a nomination for the RITA. Besides writing, Castillo's other passion is horses, particularly her Appaloosa, George. She lives in Texas with her husband.