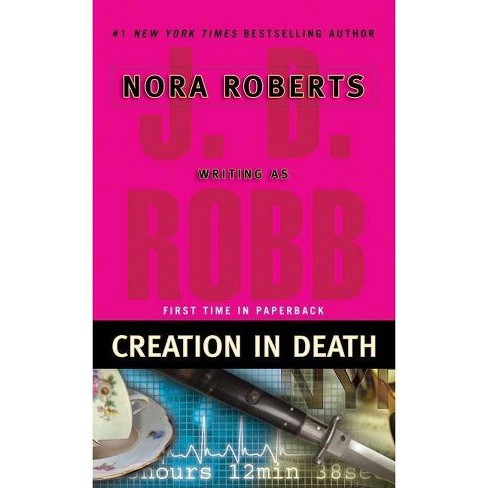 Lieutenant Eve Dallas never forgets a corpse. Her new case will resurrect memories of the women she couldn't save and the killer who slipped out of her grasp.

"IF YOU HAVEN'T READ ROBB, THIS IS A GREAT PLACE TO START."--Stephen King "A WITTY, DARK, PAGE-TURNING TALE OF FUTURISTIC CRIME FIGHTING. RAYMOND CHANDLER MEETS BLADE RUNNER MEETS SILENCE OF THE LAMBS."--Jonathan Kellerman New York City, 2060: Lieutenant Eve Dallas never forgets a corpse. Her new case will resurrect the memories of women she couldn't save--and the killer who slipped out of her grasp... When the body of a young brunette is found in East River Park, artfully positioned and marked by signs of prolonged and painful torture, Lieutenant Eve Dallas is catapulted back to a case nine years earlier. The city was on edge from a killing spree that took the lives of four women in fifteen days, courtesy of a man the media tagged "The Groom"--because he put silver rings on the fingers of his victims. But this time, it becomes chillingly clear that the killer has made his attack personal. The young woman was employed by Eve's billionaire husband, Roarke, washed in products from a store Roarke owns, and laid out on a sheet his company manufactures. Chances are, The Groom is working up to the biggest challenge of his illustrious career--abducting a woman who will test his skills and who promises to give him days and days of pleasure before she dies: Eve.

"There's no such thing as too much Nora Roberts. Creation in Death is a complete pleasure. Wonderful!"--Robert B. Parker "All the elements of a terrific police procedural coupled with gut-searing drama and in-your-face characters."--David Baldacci "J.D. Robb's In Death novels are can't-miss pleasures."--Harlan Coben "Creation in Death is an authentic page turner, with Eve Dallas--tough as nails and still sexy as hell--pitted against one of the year's creepiest villains."--Stephen King "Anchored by terrific characters, sudden twists that spin the whole narrative on a dime, and a thrills-to-chills ration that will raise the neck hairs of even the most jaded reader, the J.D. Robb books are the epitome of great popular fiction."--Dennis Lehane "A taut, nerve jangling thriller."--Ridley Pearson More Praise for the In Death series "Robb is a virtuoso."--Seattle Post-Intelligencer "It's Law & Order: SVU--in the future."--Entertainment Weekly

J. D. Robb is the pseudonym for a #1 New York Times bestselling author of more than 200 novels, including the bestselling In Death series. There are more than 500 million copies of her books in print.