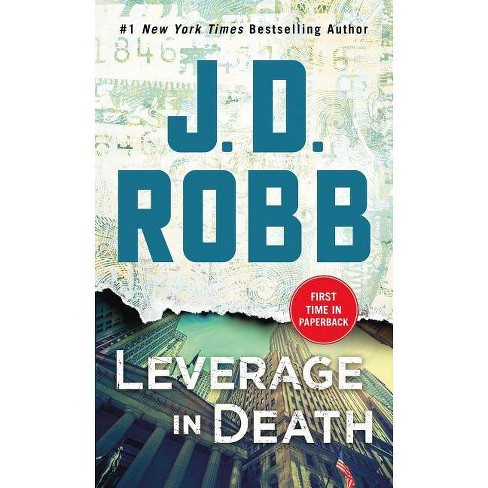 The airline executives were about to finalize a merger at a nine a.m. meeting. Then marketing VP Paul Rogan walked into the plush conference room, strapped with explosives.

Eve Dallas quickly confirms that Rogan, a dedicated employee and family man, was cruelly coerced to set off the bomb. He was motivated only by a desperate need to save his wife and daughter from the masked men holding them hostage--even if it meant committing suicide and mass murder. But what was the motive of the two masked men, who are now in the wind? The police investigation reveals months of intricate planning by the perpetrators, but the targeting appears random--and the timing seems pointless. Despite the chaos and bad publicity, blowing up one meeting isn't going to put the brakes on the merger. All it's accomplished is shattering a lot of innocent lives. With the help of her billionaire husband--who knows finance and has friends in both high and low places--Eve must untangle the reason for an inexplicable act of terror.... "J.D. Robb continues to do a fine job balancing Eve the woman against Eve the career homicide detective...That may be why the series works for adventure after adventure after adventure."--New York Journal of Books

Robb again remixes and remasters all the addictively readable ingredients her readers have come to crave, including a tough-as-nails protagonist who takes guff from no one, a plethora of engaging secondary characters who each play their roles to perfection, a generous dash of hot-as-sin sex, and a fine-tuned, tautly paced plot that relentlessly ticks along to the book's satisfying conclusion. - Booklist

J.D. ROBB is the pseudonym for #1 New York Times bestselling author Nora Roberts. She is the author of over 200 novels, including the futuristic suspense In Death series. There are more than 500 million copies of her books in print. She lives in Maryland.
If the item details above aren’t accurate or complete, we want to know about it. Report incorrect product info.