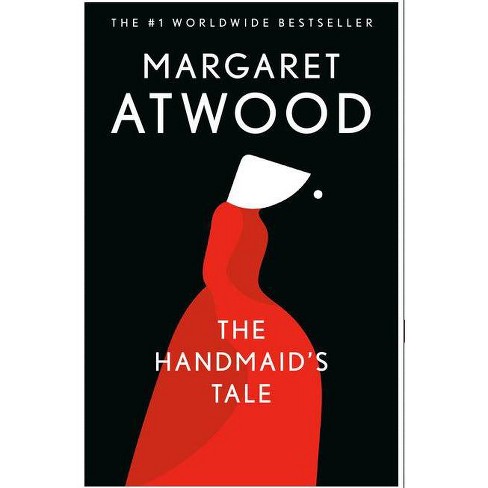 First published in 1985, this is a novel of such power that the reader is unable to forget its images and its forecast. It is at once scathing satire, dire warning, and tour de force. "A novel that brilliantly illuminates some of the darker interconnections between politics and sex".--"The Washington Post Book World".

In Margaret Atwood's dystopian future, environmental disasters and declining birthrates have led to a Second American Civil War. The result is the rise of the Republic of Gilead, a totalitarian regime that enforces rigid social roles and enslaves the few remaining fertile women. Offred is one of these, a Handmaid bound to produce children for one of Gilead's commanders. Deprived of her husband, her child, her freedom, and even her own name, Offred clings to her memories and her will to survive. At once a scathing satire, an ominous warning, and a tour de force of narrative suspense, The Handmaid's Tale is a modern classic. Includes an introduction by Margaret Atwood

A novel that brilliantly illuminates some of the darker interconnections between politics and sex . . . Just as the world of Orwell's 1984 gripped our imaginations, so will the world of Atwood's handmaid! --The Washington Post Book World The Handmaid's Tale deserves the highest praise. --San Francisco Chronicle Atwood takes many trends which exist today and stretches them to their logical and chilling conclusions . . . An excellent novel about the directions our lives are taking . . . Read it while it's still allowed. --Houston Chronicle Splendid. --Newsweek

Margaret Atwood, whose work has been published in more than forty-five countries, is the author of more than fifty books of fiction, poetry, critical essays, and graphic novels. In addition to The Handmaid's Tale, now an award-winning TV series, her novels include Cat's Eye, short-listed for the 1989 Booker Prize; Alias Grace, which won the Giller Prize in Canada and the Premio Mondello in Italy; The Blind Assassin, winner of the 2000 Booker Prize; Oryx and Crake, short-listed for the 2003 Man Booker Prize; The Year of the Flood, MaddAddam; and Hag-Seed. She is the recipient of numerous awards, including the Peace Prize of the German Book Trade, the Franz Kafka Prize, the PEN Center USA Lifetime Achievement Award, and the Los Angeles Times Innovator's Award. In 2019, she was made a member of the Order of the Companions of Honour for services to literature.
If the item details above aren’t accurate or complete, we want to know about it. Report incorrect product info.