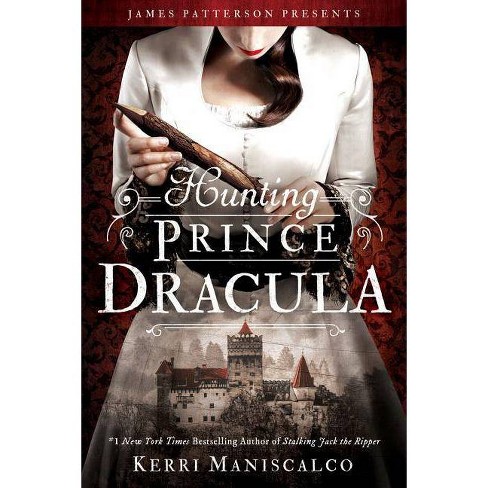 In this highly anticipated sequel to the haunting #1 bestseller Stalking Jack the Ripper, bizarre murders are discovered in the castle of Prince Vlad the Impaler, otherwise known as Dracula. Could it be a copycat killer...or has the depraved prince been brought back to life?

In this New York Times bestselling sequel to Kerri Maniscalco's haunting #1 debut Stalking Jack the Ripper, bizarre murders are discovered in the castle of Prince Vlad the Impaler, otherwise known as Dracula. Could it be a copycat killer . . . or has the depraved prince been brought back to life? Following the grief and horror of her discovery of Jack the Ripper's true identity, Audrey Rose Wadsworth has no choice but to flee London and its memories. Together with the arrogant yet charming Thomas Cresswell, she journeys to the dark heart of Romania, home to one of Europe's best schools of forensic medicine . . . and to another notorious killer, Vlad the Impaler, whose thirst for blood became legend. But her life's dream is soon tainted by blood-soaked discoveries in the halls of the school's forbidding castle, and Audrey Rose is compelled to investigate the strangely familiar murders. What she finds brings all her terrifying fears to life once again.

*This audiobook has everything: a true-life tale that has intrigued readers for 100-plus years, a young woman who balks at the constraints put upon women during the Victorian era, a marvelous yet somewhat gruesome mystery, and a narrator who brings you down into Spitalfields as Jack the Ripper earns his name. A must-have.--School Library Journal *starred review* Praise for Hunting Prince Dracula:
A New York Times bestseller! Praise for Stalking Jack the Ripper:
A #1 New York Times Bestseller from its first week! An entertaining debut full of twists and turns, perfect for fans of historical fiction and mystery.
--School Library Journal Audrey is a young woman eager to use her brains and willing to flaunt society's rules....This mystery pays homage to classics like Doyle's Sherlock Holmes and Mary Shelley's Frankenstein [and] will satisfy those readers looking for historical mystery, a witty heroine, and a little romance.
--School Library Connection Audrey Rose is a smart, fearless, and progressive heroine. Plenty of red herrings, a conspicuous absence of blood, and a developing romance make this a must-read.--School Library Journal Combining historical fiction, romance, forensics, a feisty heroine, a swiftpaced plot, gobs of murders, and historical illustrations, Maniscalco pulls in the reader for a wonderfully bloody romantic romp.--Booklist Maniscalco has created a serious, sharp-minded, and forward-thinking protagonist in Audrey Rose, whose fearlessness will endear her to readers looking for an engaging historical thriller. Abundant red herrings and a dash of romance round out this gruesome but engrossing story.
--Publishers Weekly Maniscalco's portrayal of scientific invention in a newly industrial era will serve as a fine first foray into Victorian classics.
--Booklist Readers of the previous mystery will be thrilled to have more of this likable duo. [A] delightful romp into an 1888 Gothic mystery with a hint of romance.--School Library Connection There are plenty of suspects and red herrings as well as tense escalations....A scenic, twisty mystery.--Kirkus Reviews

Kerri Maniscalco grew up in a semi-haunted house outside New York City, where her fascination with gothic settings began. In her spare time she reads everything she can get her hands on, cooks all kinds of food with her family and friends, and drinks entirely too much tea while discussing life's finer points with her cats. She is the author of the New York Times bestselling novels Stalking Jack the Ripper, Hunting Prince Dracula, and Escaping From Houdini.
If the item details above aren’t accurate or complete, we want to know about it.

Capturing the Devil - (Stalking Jack the Ripper) by Kerri Maniscalco

Shatter Me - by Tahereh Mafi

Capturing the Devil - (Stalking Jack the Ripper) by Kerri Maniscalco

Kingdom of the Cursed - by Kerri Maniscalco