I Survived the Joplin Tornado, 2011 ( I Survived) (Paperback) by Lauren Tarshis 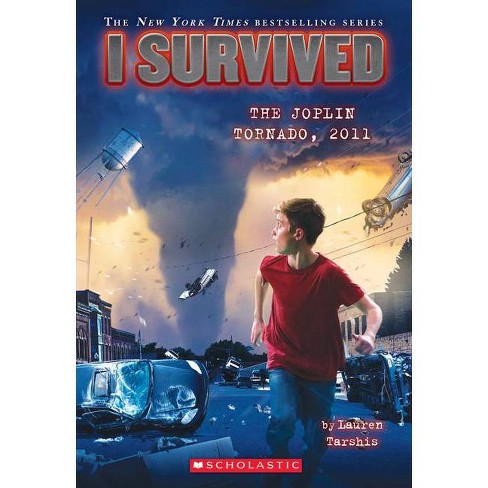 A destructive force is about to hit the city of Joplin...

A destructive force is about to hit the city of Joplin...Eleven-year-old Dexter has always wanted to see a tornado. So when he gets the incredible opportunity to go storm chasing with the famous Dr. Norman Rays, he has to say yes! Dr. Rays is the host of Tornado Mysteries, the show that Dex and his older brother, Jeremy, watched every night until Jeremy joined the U.S. Navy SEALs and left Joplin. Dex certainly knows how deadly tornadoes can be, but this one isn't heading toward Joplin, and wouldn't it be great to have a brave and exciting story of his own to tell Jeremy when he comes home? But when the tornado shifts direction, Dexter's bravery is about to get seriously tested...

Lauren Tarshis's New York Times bestselling I Survived series tells stories of young people and their resilience and strength in the midst of unimaginable disasters and times of turmoil. Lauren has brought her signature warmth and exhaustive research to topics such as the battle of D-Day, the American Revolution, Hurricane Katrina, the bombing of Pearl Harbor, and other world events. She lives in Connecticut with her family, and can be found online at laurentarshis.com.
If the item details above aren’t accurate or complete, we want to know about it.

Diary of a Wimpy Kid: Book 17 - by Jeff Kinney (Hardcover)

I Choose to Be Happy - (Teacher and Therapist Toolbox: I Choose) by Elizabeth Estrada (Hardcover)