In the Land of Israel - by Amos Oz (Paperback) 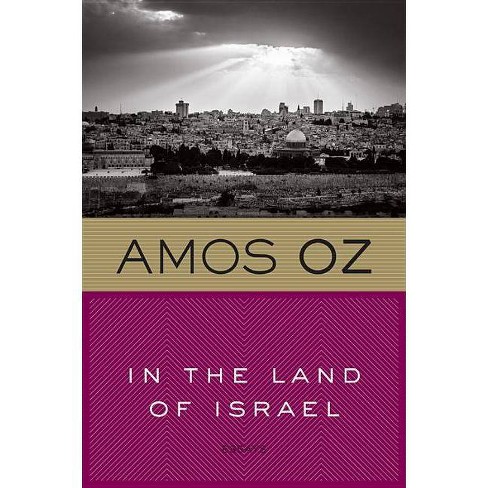 An exemplary instance of a writer using his craft to come to grips with what is happening politically and to illuminate certain aspects of Israeli society that have generally been concealed by polemical formulas. The New York Times
Notebook in hand, Amos Oz traveled throughout Israel and the West Bank in the early 1980s to talk with workers, soldiers, religious zealots, aging pioneers, new immigrants, desperate Arabs, and visionaries, asking them questions about Israel s past, present, and future. What he heard is set down here in those distinctive voices, alongside Oz s observations and reflections. A classic insider s view of a land whose complex past and troubled present make for an uncertain future.
Oz s vignettes . . . wondrously re-create whole worlds with an economy of words. Philadelphia Inquirer

AMOS OZ was born in Jerusalem in 1939. He is the author of numerous works of fiction and nonfiction, including his acclaimed memoir A Tale of Love and Darkness, which was an international bestseller and a recipient of the National Jewish Book Award.
"