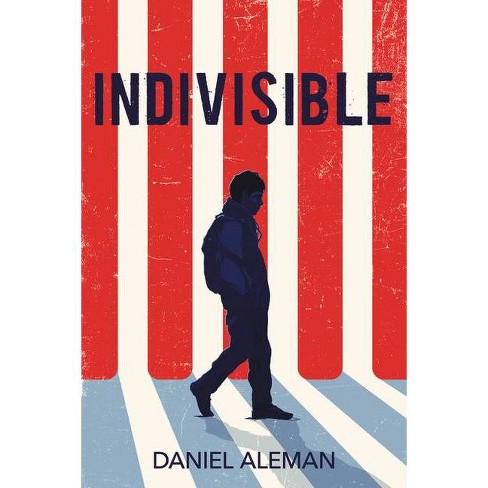 New York City high school student Mateo dreams of becoming a Broadway star, but his life is transformed after his parents are deported to Mexico.

This timely, moving debut novel follows a teen's efforts to keep his family together as his parents face deportation. Mateo Garcia and his younger sister, Sophie, have been taught to fear one word for as long as they can remember: deportation. Over the past few years, however, the fear that their undocumented immigrant parents could be sent back to Mexico has started to fade. Ma and Pa have been in the United States for so long, they have American-born children, and they're hard workers and good neighbors. When Mateo returns from school one day to find that his parents have been taken by ICE, he realizes that his family's worst nightmare has become a reality. With his parents' fate and his own future hanging in the balance, Mateo must figure out who he is and what he is capable of, even as he's forced to question what it means to be an American. Daniel Aleman's Indivisible is a remarkable story--both powerful in its explorations of immigration in America and deeply intimate in its portrait of a teen boy driven by his fierce, protective love for his parents and his sister.

"Indivisible is an intimate and emotional portrait of a family trying to survive under the threat of deportation, with a deeply sensitive and resilient narrator at its center. It's a powerful story of finding strength: strength to hold a family together as their worst fear becomes reality, and strength to learn who you are, what you want and the person you hope to become. At times heartbreaking, ultimately uplifting, this book is a poignant story we need."--Julia Drake, author of The Last True Poets of the Sea "Stellar, clear and emotional, realistic and suspenseful. The story is complex and heart-wrenching, yet full of hope and familial love."--Booklist "Insightful.... The uncertainty and heartbreak faced by families separated by deportation is brilliantly displayed."--SLJ

"Indivisible is a powerful story about family, friendship, and home. In a world divided by so many labels, this story is a reminder that there are no boundaries for love. It shines a light on the difficult choices people make for their family and community, and reminds us that each family is a little world. Mateo, Sophie, and their parents are now part of my heart."

--Yamile Saied Méndez, author of Pura Belpré Inaugural YA Award winner Furia "Heart-wrenching.... An ode to the children of migrants."--Kirkus Reviews "Indivisible is a deeply moving tribute to those caught between two worlds in the immigration crisis in America - a potent reminder that no human being is illegal, and that hundreds of thousands of children in this situation are forced to grow up too quickly. Although this is fiction, it's far too real." --Jodi Picoult, #1 New York Times-bestselling author of The Book of Two Ways

"Indivisible is a heartbreakingly poignant and timely coming-of-age story of the human cost of a morally bankrupt immigration policy. This book is an unforgettable chronicle of the fiercest, indomitable love and devotion."

"As heart-wrenching a tale as it is, Indivisible is also a heartening tribute to the power and endurance of familial love."

--Adi Alsaid, author of Let's Get Lost and North of Happy

"Both a gripping, harrowing story about an American tragedy and a moving portrait of the bonds of family and unexpected community, Indivisible somehow never loses its humor, its humanity or its hope."

--Kelly Loy Gilbert, author of Stonewall Honor Book Picture Us In the Light

"Daniel Aleman is a fearless writer who never shies away from the complexity of his premise, yet gives Mateo such agency and drive, you never lose hope as a reader. A total miracle of a book."

"In his moving debut novel, Daniel Aleman skillfully paints a story of how injustice rips us apart, friendships and family gathers our broken pieces, and hope slowly stitches us back together. Indivisible belongs on every shelf."

Daniel Aleman was born and raised in Mexico City. A graduate of McGill University, he currently lives in Toronto. Indivisible is his first novel.
If the item details above aren’t accurate or complete, we want to know about it.

What to Say Next - Reprint by Julie Buxbaum (Paperback)

Saint Anything - by Sarah Dessen

Kate in Waiting - by Becky Albertalli

Excuse Me While I Ugly Cry - by Joya Goffney (Hardcover)

4 out of 5 stars
Would recommend
JustAnotherHuman - 1 year ago, Verified purchaser
Indivisible is a fairly easy read and can definitely be understood by a variety of age groups. The story of immigrant families is portrayed very well in this novel. Daniel Aleman really knows how to capture emotions and instances with his writing. Having a family of the same background and having the same fears that Mateo has, this book really hit home. What ever your political stance is on immigration, this book does a great job of highlighting the human aspect of immigrant families.
1 guest found this review helpful. Did you?

An incredible book & a must-read

5 out of 5 stars
Bookworm - 2 years ago
INDIVISIBLE is one of those rare books that makes its way into your soul, changes you, and leaves you a bit better than you were before you read it. The way I became attached to these characters is unreal. I could feel their pain, their desperation and their hope pulsing through the pages. Another great thing is the writing - there's something about how Daniel Aleman writes that feels cinematic, since every scene is very vivid even without needing lots of description. I could easily see this book becoming one of the biggest releases of the year. Not just because it is timely and addresses urgent topics in a brilliant and fresh way, but because it is genuinely a book that everyone can read and enjoy. Not all YA has that strong crossover potential, but this one does. INDIVISIBLE is accessible, mature and thought-provoking. This is an extraordinary debut and an enthusiastic recommend for readers of all ages. I'll be keeping an eye on the author's future work.
4 guests found this review helpful. Did you?