Lights Out - (The Snap Agency) by Natalie Walters (Paperback) 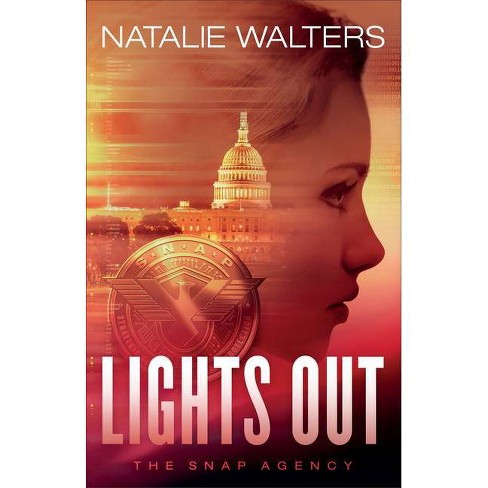 To fight the global war on terrorism, CIA Analyst Brynn Taylor invited foreign spies into America. Now one of them is missing. To track him down and stop a cyber blackout, she must work with an elite security team--and the ex-boyfriend she betrayed.

CIA analyst Brynn Taylor developed a new program to combat terrorism, and she invited members of foreign intelligence agencies to America to foster cooperation between countries. Now one of them, Egyptian spy Remon Riad, is missing.

Jack Hudson has been working for the Strategic Neutralization and Protection Agency (SNAP) for almost nine years and takes the lead in hunting down the missing spy. But he isn't at all pleased to find out Brynn is involved. It's hard to trust a woman who's already betrayed you.

Every lead they follow draws them dangerously deeper into an international plot. Kidnapping, murder, explosions, poisoning--the terrorists will do anything to accomplish their goal of causing a digital blackout that will blind a strategic US military communications center and throw the world into chaos.

Can Brynn surrender control to a man who doesn't trust her? And can Jack ever get over what she did to him? The fate of the world--and their hearts--hangs in the balance.

Natalie Walters is the author of Carol Award finalist Living Lies, as well as Deadly Deceit and Silent Shadows. A military wife, she currently resides in Hawaii with her soldier husband and is a proud mom of three adult kiddos. She has been published in Proverbs 31 magazine and has blogged for Guideposts online. She loves connecting on social media, sharing her love of books, cooking, and traveling. Natalie comes from a long line of military and law enforcement veterans and is passionate about supporting them through volunteer work, races, and writing stories that affirm no one is defined by their past. Learn more at www.nataliewalterswriter.com.
If the item details above aren’t accurate or complete, we want to know about it. Report incorrect product info.