Lord of the Flies - by William Golding (Paperback) 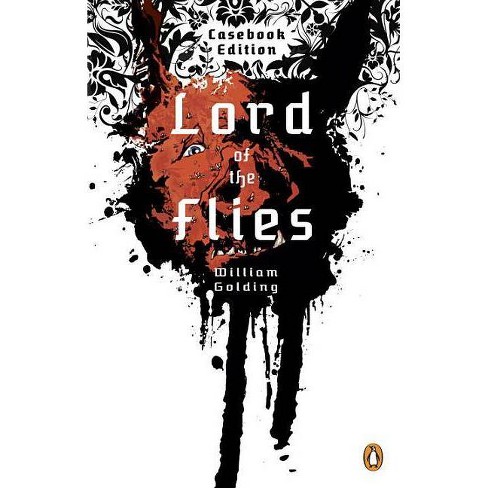 The classic tale of a group of English school boys who are left stranded on an unpopulated island, and who must confront not only the defects of their society but the defects of thier own natures.

A Casebook Edition containing the full text of LORD OF THE FLIES, plus notes and critical essays The material in this casebook edition of one of the most widely read novels of our time includes not only the full text of LORD OF THE FLIES, but also statements by William Golding about the novel, reminisces of Golding by his brother, an appreciation of the novel by E.M. Forster, and a number of critical essays from various points of vierw. Included are psychological, religious, and literary approaches by noted scholars and studies of the novel's relation to earlier works, as well as to other writings by Golding. The editors have also included bibliographical material and explanatory notes. Edited by James R. Baker and Arthur P. Ziegler, Jr.

Lord of the Flies is one of my favorite books. That was a big influence on me as a teenager, I still read it every couple of years.
--Suzanne Collins, author of The Hunger Games As exciting, relevant, and thought-provoking now as it was when Golding published it in 1954.
--Stephen King The most influential novel...since Salinger's Catcher in the Rye.
--Time This brilliant work is a frightening parody on man's return (in a few weeks) to that state of darkness from which it took him thousands of years to emerge. Fully to succeed, a fantasy must approach very close to reality. Lord of the Flies does. It must also be superbly written. It is.
--The New York Times Book Review Sparely and elegantly written...Lord of the Flies is a grim anti-pastoral in which adults are disguised as children who replicate the worst of their elders' heritage of ignorance, violence, and warfare.
--Joyce Carol Oates, New York Review of Books

Born in Cornwall, England, in 1911 and educated at Oxford University, William Gerald Golding's first book, Poems, was published in 1935. Following a stint in the Royal Navy and other diversions during and after World War II, Golding wrote Lord of the Flies while teaching school. This was the first of several novels including Pincher Martin, Free Fall, and The Inheritors and a play, The Brass Butterfly, which led to his being awarded the Nobel Prize for Literature in 1983.
If the item details above aren’t accurate or complete, we want to know about it. Report incorrect product info.